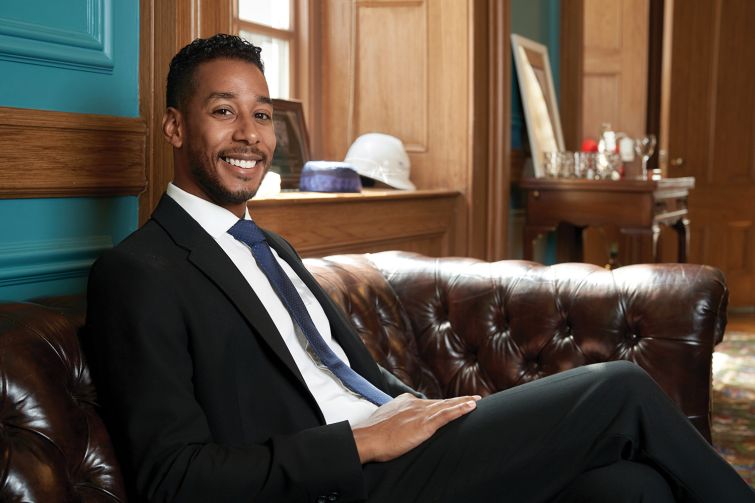 So it was refreshing to hear Brooklyn Borough President Antonio Reynoso not mincing words about what he views as the source of the problem: “The Uniform Land Use Review Procedure process has not been producing the amount of housing necessary to get us to a place where we’re kind of building our way out of this housing crisis.”

Reynoso went into greater detail in his Sit-Down with Commercial Observer for last week’s cover story.

But it’s not as though nobody is tending to the borough’s (and the city’s) housing needs. REITs and bigger companies are stepping in to fill the affordable housing void.

It’s only too bad that the e-commerce revolution hit when it did because Brooklyn’s waterfront (now teeming with industrial and logistics space) could have been ideal for cheap housing … and it still could be.

“In some ways, it’s the last frontier of the waterfront and the most potential to generate dense housing in a relatively near term,” David Lombino, managing director of external affairs at Two Trees Management, told CO. “There’s been a decades-long fight between those who see a future in dense housing and those who want to preserve manufacturing and an industrial working waterfront.”

South Florida has its own housing crisis, unless you’re rich — in which case your choices are only going to get more outlandishly good.

To wit, Related Group and partners just paid more than $100 million for a developable parcel on tony Fisher Island, where they’re expecting to build units that can fetch as much as $60 million each.

That’s not all that Related has been up to by any means. In addition to sewing $60 million-penthouse seeds, they’re reaping, too. Lincoln Property Group just put down $194 million for the 297-unit Manor Broken Sound in Boca Raton from Related and Rockpoint. (Oh, and did we mention that they’re trying to build a casino at Manhattan’s Hudson Yards with the Wynn Resorts? Well, they are!)

Of course luxury in Miami is not merely about housing. It straddles hospitality and office, too. On these ledgers Michael Shvo secured $147 million in financing for the legendary Raleigh Hotel in Miami Beach, and, while he was at it, Shvo submitted plans for a 68,794-square-foot boutique office also in Miami Beach.

First week numbers are in …

A lot of landlords had been waiting anxiously for some kind of post-Labor Day data on return to work, and we saw one marker last week when a survey came back that was put out by the Partnership for New York City and the MTA.

It suggested 49 percent of the city’s office workers had returned to their desks.

It’s actually an uptick from the 38 percent share that was back as of April. So that’s good. The Wednesday after Labor Day ridership on the subways hit 3.7 million, the highest it’s been since the pandemic began and a 30 percent increase from last year.

The survey also confirmed other less hopeful trends, like the fact that the return is not five days a week — only 11 percent of office workers are expected to come back the full five days.

Whatevs. Good news is good news! Even if real estate mandarins like Barry Sternlicht are making us nervous.

With the fall comes leasing

If anything signals a cold, hard “return to normalcy” it’s the gargantua 100,000-square-foot lease, and we saw four of them last week.

Plus, a couple of major tenants decided they needed extra space, after all.

The Carlyle Group upped its already sizable office presence (they have some 194,702 square feet at One Vanderbilt) and added on another 40,542 square feet at RXR’s 340 Madison Avenue.

The software maker Asana likewise added 44,000 feet to the 17,000 square feet it currently has at 3 World Trade Center.

And some companies decided it was simply time to move. In Midtown, the National Bank of Egypt (sounds like a pyramid scheme, but it’s legit) decided to ditch its current headquarters at 40 East 52nd Street for 12,278 square feet at Durst’s 825 Third Avenue. The Jacksonville, Fla.-based fintech firm Fidelity National Information Services (FIS) is leaving 340 Madison for a 25,488-square-foot office in One Vanderbilt. And farther south, the German-based tech investment firm Picus Capital said farewell to the Empire State Building, which it is cashiering for 6,520 square feet at 60 Charlton Street. Genpact, a professional services firm, is leaving 1166 Avenue of the Americas for Savanna’s 521 Fifth Avenue, and software company Tethys Technologie is leaving 989 Avenue of the Americas for the same address.

We wonder if any of these buildings have lured tenants in by making themselves smell nicer. Because that’s a thing!

Potholes along the way

Of course, New York’s office market isn’t all 50 Hudson Yards and 3 World Trade Centers. Much of the stock is considerably older, and those buildings are having greater and greater trouble refinancing their debt in the current climate.

Moreover, we got a whiff of the distress and bankruptcies to come this week when we saw that SL Green took over 245 Park Avenue from HNA Group after a protracted legal battle.

They weren’t the only properties with dark lending and bankruptcy clouds forming overhead.

Owners of the Bowery Savings Bank, the Lower East Side party venue, staved off a forced sale (they owe Wells Fargo $12 million) by filing for Chapter 11. And loans backing two properties that have Cipriani restaurants as the tenant narrowly escaped foreclosure when they had their loans modified.

They still make movies in Hollywood, and they still need studio space to do it.

CMNTY Culture — led by Thomas St. John and eight-time Grammy winner Philip Lawrence  — secured the financing this week to build out half a million square feet of studio and creative office space to be designed by L.A.-based HKS Architects. You can read all about it here.