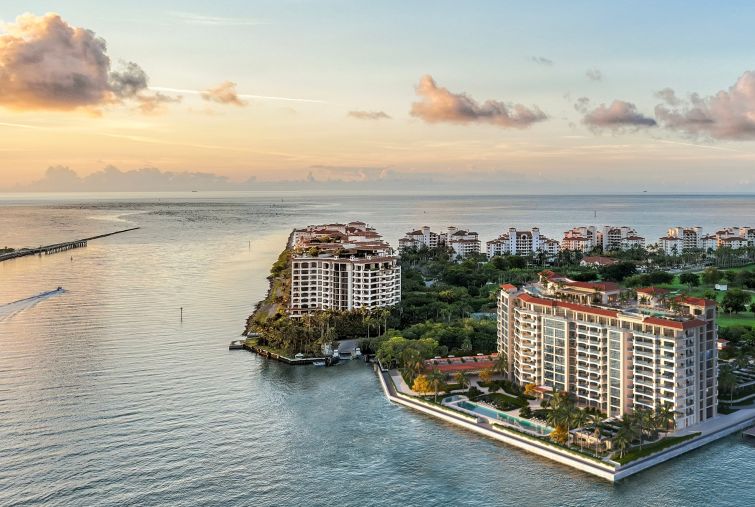 A venture led by Related Group paid $122.6 million for the last developable parcels on Fisher Island, Fla., one of the wealthiest towns in the country, property records show.

The joint venture, which also includes Israeli billionaire Teddy Sagi, BH Group and Wanxiang America RE Group, plans to build a cluster of 10-story condominium buildings. The 51-unit development, designed by Tara Bernerd and Kobi Karp, would feature three villas and two penthouses, which Related expects to sell for more than $60 million each.

“It is a privilege to work in a community with as much history and tradition as Fisher Island — it’s the type of opportunity our team dreams of. We look forward to delivering a truly special project that raises the island’s pedigree even higher,” Related President Jon Paul Pérez said in a statement.

The 6.51-acre site, located at 6 Fisher Island Drive, sits on the north side of the island, facing Biscayne Bay and Miami Beach.

The project’s invitation-only sales gallery is expected to open by the end of the year.

The Fisher Island project represents the latest partnership between Related, Sagi and BH. The trio is developing a $500 million, transit-oriented development in West Palm Beach as well as a waterfront condominium tower in North Miami.

Update: The article was amended to reflect the sale price listed in public records and to include the brokers involved in the deal.