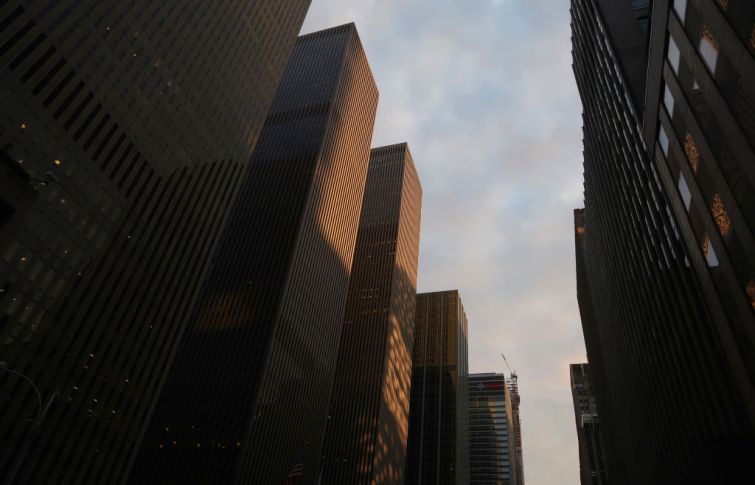 Workers in the five boroughs are making a halfhearted return to offices, but even that’s an improvement, data from the Partnership for New York City and the Metropolitan Transportation Authority indicate.

Only about 49 percent of workers returned to their desks between Aug. 29 and Sept. 12, according to a survey of 160 major Manhattan employers done by the partnership.

While that might not seem like much, it’s an increase from the 38 percent who schlepped back to the office in April. The number is expected to break 50 percent by the end of the year as more and more companies begin mandating return-to-work for employees.

The survey found 42 percent of New York office workers were returning to offices three days a week, while 8 percent were commuting only once a week. Only 12 percent are going in four days a week, according to the partnership.

About 11 percent of employees in the poll are predicted to be in the office five days a week by January 2023.

The MTA has started to see the benefits with increasing post-Labor Day ridership numbers. There were 3.7 million straphangers who rode the subway Wednesday, the highest total since ridership plunged over 90 percent in March 2020 and a 30 percent increase over the same period last year.

Across the entire MTA system — subways, buses, commuter rails and Access-a-Ride — 5.6 million people utilized mass transit Wednesday, according to the agency. Prior to the pandemic, the subways alone saw an average weekday ridership of 5 million per day.

“Ridership is surging, and that’s an indication that New York is coming back strong,” MTA chairman Janno Lieber said during a Thursday press conference. “Part of the success we’re seeing also has to do with our riders’ renewed sense of safety and security. It is way, way too early to declare anything like a victory, but these are positive signs.”

Lieber added that crime on mass transit was 5 percent lower than it was in 2019, and there are fewer unhoused New Yorkers taking shelter on the trains, a problem Mayor Eric Adams has been trying to tackle.

But even with Lieber touting the lower crime numbers, 24 percent of businesses surveyed by the partnership reported lingering concerns about safety and crime on the transit system as a challenge to bringing workers back. As recently as March, 74 percent of commuters surveyed by the partnership said a sense of safety on mass transit was deteriorating, and 82 percent felt that there was more homelessness than ever before.

In terms of industries, real estate has the highest in-office attendance with about 82 percent of those employees reporting to offices daily, followed by law firms at 63 percent and financial services at 61 percent, according to the partnership.

The smaller the firm, however, the bigger the return to offices.

Companies with more than 5,000 employees saw a 44 percent return, while those with fewer than 500 employees told the partnership that 54 percent of their workers came back on an average weekly basis.