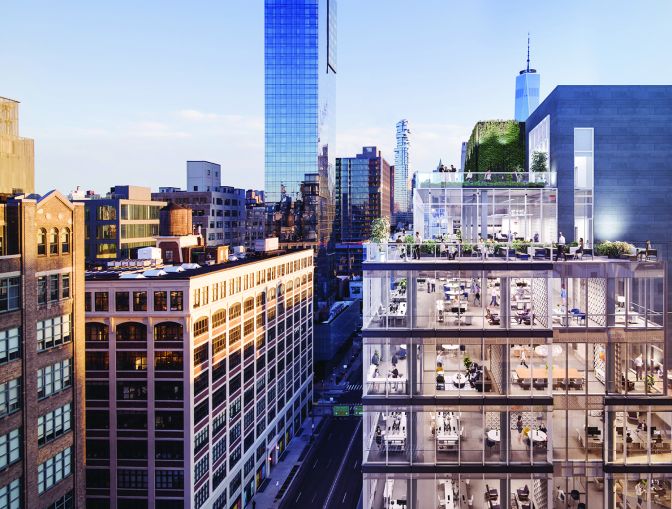 Like its eponymous bird, tech investment firm Picus Capital is taking flight from its current U.S. headquarters in the Empire State Building and migrating to a penthouse in Hudson Square, Commercial Observer has learned.

The Germany-based firm signed a 6,520-square-foot, 10-year lease for the entire 12th floor of the newly constructed 60 Charlton Street, the first deal for the office property, according to landlord JLL.

JLL declined to provide asking rents, but said average asking rents for similar space in the neighborhood was $93.85 in the second quarter of 2022.

“As return-to-work momentum grows, 60 Charlton will appeal to tenants seeking a premier location and market-leading amenities that provide a critical advantage in today’s race for talent,” JLL’s Mitchell Konsker, who brokered the deal for the landlords along with Benjamin Bass, Kristen Morgan, Carlee Palmer and Harrison Potter, said in a statement. “With its proximity to transportation and residential neighborhoods … we anticipate continued interest from progressive tenants eager to establish their presence.”

Cushman & Wakefield’s Richard Bernstein and Troy Elias represented the tenant and did not immediately respond to a request for comment.

A joint venture among AEW Capital Management, APF Properties and Drake Street Partners purchased the former warehouse at 60 Charlton for $65 million in 2017 and redeveloped it into an office building.

The owners preserved the facade of the original structure and built an additional six stories on top with a floor-to-ceiling glass exterior.