Mamma mia! That was a close one. 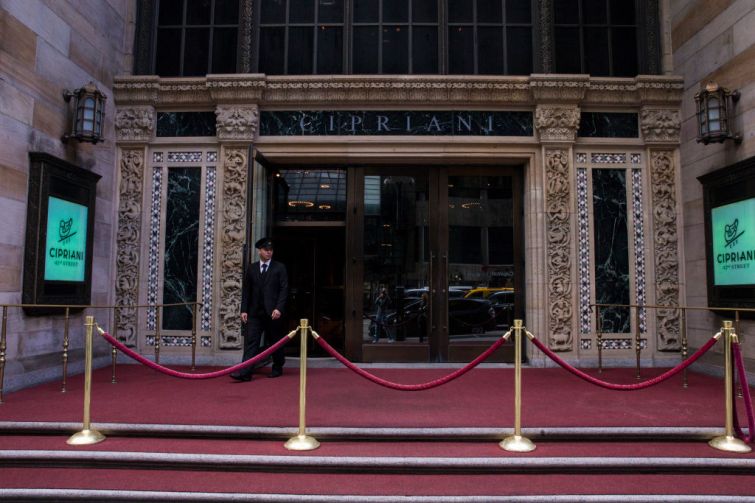 New York City’s favorite upscale event location worked out a deal to save its bacon (crostinis), just in time for the holiday season.

The $52.1 million commercial mortgage-backed securities (CMBS) loan backing two Cipriani locations in Manhattan has secured a modification, according to a Wednesday alert issued by Trepp. The workout pivot comes in the nick of time, saving the posh locations from near-foreclosure.

The senior debt is backed by the Cipriani locations at 110 East 42nd Street and 55 Wall Street, and was facing possible foreclosure after Cipriani defaulted on its loan in May 2020 during the height of the COVID-19 pandemic. The last payment was made in July 2020, moving the loan to special servicing before the foreclosure process was initiated in December 2021, per Trepp.

At the time of the foreclosure process commencing, Stefania Girombelli, a spokeswoman for the restaurateur, told the Wall Street Journal that Cipriani’s lenders were being “helpful and constructive” amid the widespread upheaval caused by the pandemic.

September special servicing data indicates, however, that discussions are now underway to modify the loan instead, with Cipriani making “a significant capital infusion,” and paying down past due fees and expenses to bring the loan current, according to Trepp and CRED iQ.

In addition to the $52.1 million senior loan, which accounts for 6.61 percent of the collateral in the COMM 2014-CR19 deal, there’s a $28 million mezzanine loan on the properties originated by W.P. Carey. Midland Loan Services is the special servicer on the deal.

Cipriani Wall Street comprises nearly two-thirds of the allocated loan balance, and Giuseppe Cipriani was the borrower of record when the loan was originated, per CRED iQ.

Both beloved New York City locations combine event spaces topped with commercial condos and offices. The 42nd Street location is the venue for Fried Frank’s famous (and packed) holiday bash, which is a who’s-who of commercial real estate players each December.

Officials at W.P. Carey and Midland did not immediately return requests for comment. Cipriani declined to comment.