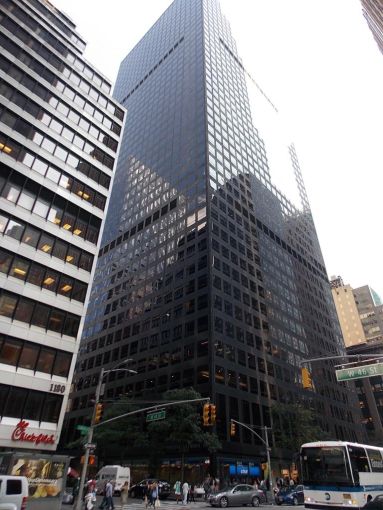 1166 Avenue of the Americas. Photo: PropertyShark

Real estate investment manager Cohen & Steers will trade its 280 Park Avenue headquarters for bigger digs nearby at 1166 Avenue of the Americas, Commercial Observer has learned.

Cohen & Steers signed a 15-year lease for 160,960 square feet on the entire 27th and 30th floors of the 44-story tower between West 45th and West 46th streets, according to a source with knowledge of the deal. Asking rent was $87 per square foot.

The firm — which also has outposts in London, Dublin, Hong Kong and Tokyo — moved in to its headquarters at 280 Park in 2005 and has occupied 87,000 square feet since 2012, as CO previously reported. It plans to move to its new digs in the fourth quarter of 2023, the source said.

Cohen & Steers’ decision to increase its office presence by nearly 74,000 square feet comes as plenty of firms have started to do the opposite. In recent weeks, companies such as BuzzFeed, KPMG and Lyft announced plans to cut their office space across the country, with KPMG dropping its New York City footprint by more than 40 percent.

Marsh & McLennan owns the ground floor and 22nd to 44th floors of the 1.6 million-square-foot 1166 Avenue of the Americas, while Edward J. Minskoff Equities owns the other floors of the tower. Other tenants include investment firm D.E. Shaw & Co., investment bank William Blair and insurance company Ryan Specialty Group.