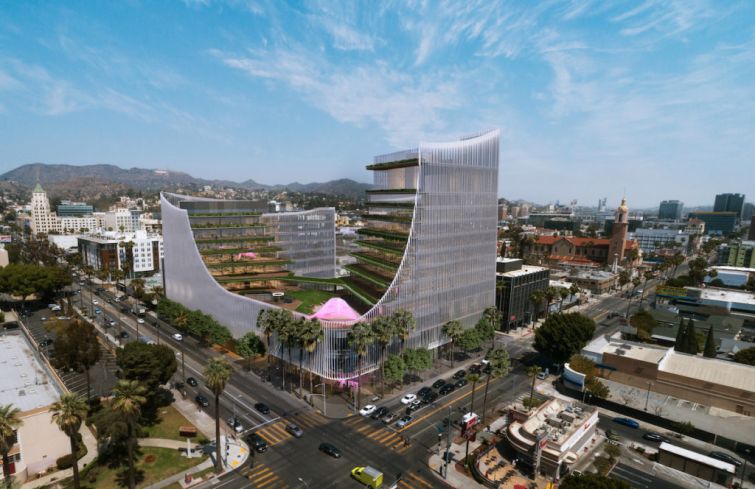 A development firm secured financing to acquire the land to build 500,000 square feet of creative office and studio space in the heart of Hollywood and at one of the most highly traveled intersections in Los Angeles.

The land spans four parcels and nearly 2 acres, and it includes a dilapidated, vacant site across the street from Hollywood High School at the northeast corner of Sunset Boulevard and Highland Avenue. Parkview Financial provided a $35 million loan for the acquisition of three of the four parcels needed for the project, which were recently acquired for $44 million. The fourth parcel was purchased in July 2021 for $9.1 million.

“This loan provided Parkview Financial the opportunity to finance a land assemblage on one of the most visible corners in Hollywood at Sunset and Highland,” Paul Rahimian, CEO and founder at Parkview, said in a statement. “Over recent years, media, tech and entertainment companies have continued to intensify their presence in Hollywood and we believe this well-conceived and architecturally stunning project can be a competitive product offering in this market.”

The new owner of the land, CMNTY Culture, is led by Thomas St. John — founder of the namesake sports and entertainment accounting firm — along with creative direction from eight-time Grammy winner Philip Lawrence. The development will be named CMNTY Culture Campus with two towers reaching 13 and 14 stories high. L.A.-based HKS Architects designed the project.

The four parcels — at 1518-1536 North Highland Avenue and 6751-6767 West Sunset Boulevard — include a strip mall, a live performance venue, a plant nursery and two surface parking lots in a U shape. The plan is to demolish the buildings for the new development.

The development aims to take advantage of the boom born of the noted Hollywood “Streaming Wars,” the catalyst for the era-defining wave of massive new developments and acquisitions dedicated to expanding the entertainment and content creation industries.