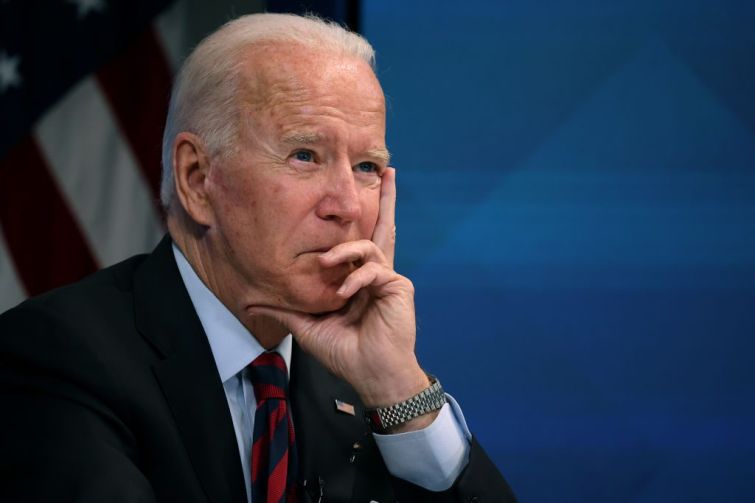 It’s looking like President Biden had a reasonably good week.

After the president’s domestic centerpiece appeared to be left for dead (taking with it the remaining wind out of his administration, as per the pundits) a Lazarus-like revival was achieved when Sen. Joe Manchin agreed to change what was a pretty firm “no” vote two weeks ago.

The Biden victory (which is still not completely certain) would be an important one for those who have been thinking about climate change, because energy (along with health care and tax reform) was the focus of the legislation — which is now being called the Inflation Reduction Act.

Climate change is becoming an ever more critical issue for real estate professionals. (Did you step outside last week? If you did, you know just how poorly that the fight is going.)

The industry is currently in the midst of trying to sort out what the cost of climate change will be, and lenders and investors are beginning to price climate data into their investment decisions.

Some of these decisions will doubtless rely on data from a building’s digital twin. Indeed, “digital twinning” is a phenomenon that is growing in interest and acceptance. (No, “twinning” is not buildings that are exactly the same, even though twin offices could in fact boast a significant sale this week.) It is essentially the virtual copy of a building that shows how it reacts to various stimuli so “that you can use technology to anticipate and monitor and plan for your building’s life cycle, both in energy and in flow and in people,” according to Michael Phillips, principal and president at real estate investment and management firm Jamestown, who spoke to Commercial Observer about it.

But New York landlords need something, because Local Law 97 requirements are soon going to be implemented.

One solution that has been seized on has been to electrify buildings. It’s not an easy (or cheap) change, but it might be necessary as the elimination of gas hookups for properties in excess of 25,000 square feet comes into effect by 2027.

Are we in a recession yet?

Of course, we were careful when we started this newsletter to say that President Biden had a “reasonably” good week.

It might have been necessary, but it couldn’t have felt good to hear that the Fed is raising its benchmark overnight rate by three-quarters of a point — it’s the fourth hike this year.

But while the rate environment would reasonably make a lot of people nervous, it’s not as though it’s stopped big business deals from happening.

Blackstone, for one, just received $2.73 billion in financing for its $7.6 billion acquisition of PS Business Parks.

Related Group and BH Group plunked down $51 million for an office tower across the street from the Aventura Mall in Southern Florida, and 3650 REIT ponied up $57 million to refinance Prime Hospitality Group’s Art Ovation Hotel in Sarasota.

And leasing had a strong week in the nation’s capital, with a slew of retail tenants having just signed at Hines’ The Parks at Walter Reed, and Industrious opening its 13th location in the Washington, D.C., area.

There was some contraction — Tumi, the luggage company, shrunk its footprint at 261 Fifth Avenue — but there were more expansions. CliftonLarsonAllen, the wealth management firm, expanded at One Grand Central Place; Burlington, the coat company, added an extra 34,591 square feet of office at 1400 Broadway; and Allied Universal (the security firm) doubled its space at 501 Seventh Avenue.

And we saw the return of a big tenant to a neighborhood. McDonald’s is spending $40 million to get back to Times Square — namely Jeff Sutton’s 661 Eighth Avenue. Now that’s an expensive revival!

That would seem to be one of the takeaways from CO’s conversation with Newmark’s Lisa DeNight.

“There is inevitably going to be a deceleration in industrial demand,” DeNight said. “You had over 500 million square feet of absorption in 2021. That is not sustainable.”

Not sustainable, true. But the current demand remains utterly bananas.

For example, Los Angeles, the second-largest city in the United States, is effectively all out of industrial space.

According to a new CBRE report, the asset class in Greater L.A. has waiting lists for tenants, rents have risen for eight consecutive quarters and are now at all-time highs, and battles for land have caused price wars.

And L.A. is hardly the only metropolitan region seeing this kind of explosive demand. Industrial space is attracting previously unthinkable figures everywhere. The average price per square foot has jumped 31.3 percent in 2022 and industrial sales have already surpassed $39.6 billion, according to a new report from CommercialEdge. Just this past week, Innovo Property Group (IPG) refinanced its Long Island City, Queens, complex to the tune of $435 million, and Invesco plunked down $43.5 million for a self-storage warehouse in Vinegar Hill in Brooklyn.

Another way to spend $340 million

Of course, it can’t all be industrial deals.

Raj Singh, who did stints at IBM and Booz Allen Hamilton and was most recently head of investment at JetBlue Technology Ventures, recently took over as head of JLL Spark, the real estate colossus’ proptech venture capital arm.

He has since poured $340 million into more than 40 startups.

Singh sat down with CO to talk proptech investment strategy and what’s exciting in the future. (Rhymes with “chock plain.”)

And if you’re in need of an interesting Sunday read you should dive into the story of Patricia Bonilla, the founder of Lunacon Construction Group who, among other gems, related the time police pulled her over in Iowa and accused her of being a drug dealer — because that seemed more likely than being a woman of color who started her own construction firm.