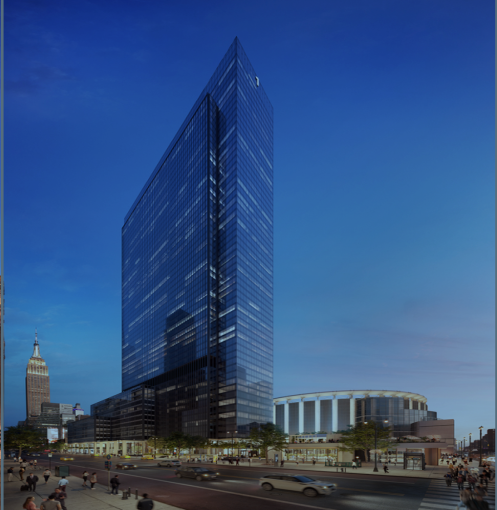 LCOR extended its 7,454-square-foot lease for 10 years and nine months on the 18th floor of the building, according to its broker, Helmsley Spear. The developer, which owns properties in D.C., Philadelphia, Florida and across the tristate area, has been in the building since 1997. A Helmsley Spear spokesman declined to provide the asking rent for the lease.

Kent Swig, the president of Helmsley Spear, said that the renewal will allow LCOR to “serve its world-wide client base from a state-of-the-art commercial office space” in a prime part of Midtown.

The 57-story 1 Penn Plaza is undergoing a major renovation that includes a new lobby, facade updates, and a new three-story amenity center with a restaurant, grab-and-go food options, a fitness center, lounges and conference rooms.