The computer scientist and consultant leading JLL’s $340 million venture arm says demand is still growing. And, if you have a blockchain idea, call him. 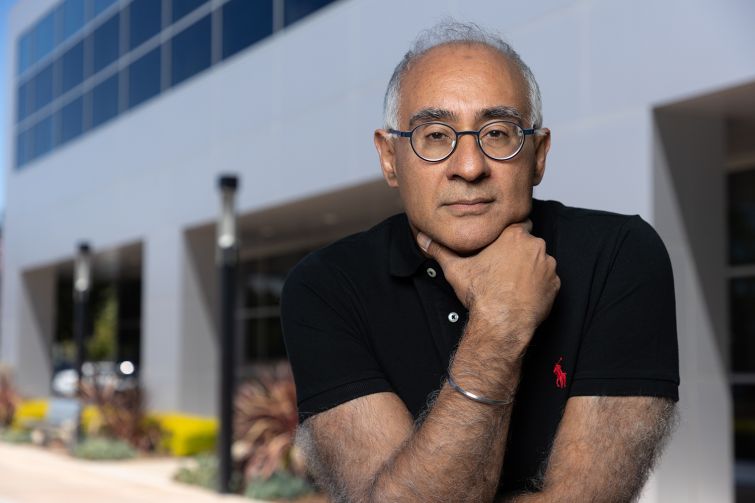 London-born and -raised Raj Singh’s passion for computer science initially led him to IBM, later then later to Booz Allen Hamilton as a consultant. Eventually, though, seeking to combine his skills and to chart a new career path, Singh saw the proptech aspect of real estate as an enticing greenfield of opportunity and came to the U.S.

In May 2021, he joined JLL as managing partner of JLL Spark Global Ventures, the venture capital arm that to date has invested $340 million into 40-plus startups, including Aunt Flow, Ecoworks, Safehub, SwiftConnect, Re-leased, Veev, and VergeSense.

Singh says he continues to marvel at the potential of real estate technology, and is somewhat perplexed that many startups still don’t know that JLL is in the investment business. He spoke to PropTech Insider in mid-July from his San Francisco office.

Commercial Observer: What is your basic function within JLL and JLL Spark Ventures?

The reason why we exist is a recognition that we as an organization will increasingly need to have technology solutions for ourselves and our clients as the world of real estate adopts them. We want to be able to offer a technology-enabled service to our clients. And that will require us to deliver homegrown solutions, but also to tap into external innovation.

Other parts of JLL technologies are concerned with the homegrown aspects of what we’re trying to do. But my role as the managing partner of JLL Spark Global Ventures is to find external innovation that we can invest in, and then turn around and offer it to our clients. Obviously, there are solutions out there that are well-established technology companies. There are solutions that we already have internally. We sit in between those — where we’re not owning an entire solution, we’re just investing.

Essentially, we try to have our cake and eat it. We want to invest, we want those startups to be successful, and, at the same time, we want to help them be successful by generating revenue for ourselves and all our clients.

You’re not from the real estate world. What led you to this role?

Previously, I was head of investing at JetBlue Technology Ventures. A similar concept, but in a different industry. I have a number of friends who have started companies where they were looking at things like autonomous vehicles and it became clear as we had discussions that the built world would have to participate in delivering signal if we’re going to have a world where vehicles and people are guided by the environment around them. The more I got into that, the more I realized that it was actually the buildings, as well as roads, bridges, tunnels, that would need some way of signaling to everybody else what to do. I understood that actually this wasn’t happening yet, but I felt it was a huge opportunity.

So I was on the lookout for somebody out there that understood this environment and would be interested in pursuing it. Fortunately for me, JLL was looking for somebody to run the group and I moved as of May last year. It feels to me that we are still very much at ground zero or the early innings, depending on which metaphor you’d like to use, for the real estate world adopting technology enthusiastically to ultimately improve the experience and the return. It’s a really fertile ground at this point.

JLL Spark has invested a large amount of money in proptech startups over the last few years. What benchmarks have you achieved that you want people to know about?

It’s a very fair question. We did announce recently that we’ve invested more than $340 million in 40-plus startups. Neither of those numbers are really the issue in and of themselves, honestly speaking. I felt like we’re a bit of a hidden gem. People who follow the proptech world may be familiar with some of the other players in the space, but I often hear when we talk to startups that they exclaim, ‘Oh, we didn’t know JLL did this.’ So, selfishly I would like everybody out there in the proptech world to  know that JLL does this.

And it’s a truism in the venture industry that you can’t do good deals if you don’t see good deals. We’d like it to be known that we’re investing in a very significant manner. Hence, the release of the dollar amount that we’ve invested in many companies and the portfolio size.

Let’s talk a little bit about JLL Spark’s philosophy of investing. What are you looking for in the proptech company development level and type?

Because we are a corporate venture capital group, we’re looking for companies primarily around Series A. And by Series A, I mean companies that have a product; maybe not perfectly polished, but they have some customers, and you can see that there’s something there. So they probably have a small amount of revenue, but there’s enough to say this is something of interest. I would say the vast majority of the 40 companies that we have were around that stage.

We then narrow that down to ones that are of interest to JLL and its customers. We are 99 percent commercial real estate, so the first filter is looking for stuff that’s applicable to commercial real estate. It could be pretty much any geography — we call ourselves Spark Global Ventures — and we have people in Asia Pacific, Europe, as well as in the Americas. That’s another filter.

Thirdly, we have developed a series of what we call themes that we are pursuing. Ideally, those companies that we invest in fall into those themes. A couple of examples: smart buildings is a theme. Now none of this is rocket science, in my opinion, but clearly we want the ability for buildings to be able to respond to the environmental conditions. We are looking for startups that can enable that. This might include startups that are sensor-based or startups that are data analysis, or some combination of these. We recently acquired a company called Hank, that looks after HVAC systems using an artificial intelligence to be able to minimize the energy usage, maximize the comfort, and make sure that you understand exactly what you’re getting from your system. That’s the sort of thing that we find interesting.

Likewise, we have a company that we’ve invested in called VergeSense. They provide sensors that do things like occupancy planning. We see that as being part of the future of understanding how buildings [create] efficiency.

Are there other proptech crossover startups that interest you?

Another theme that we are interested in is financial services. It’s a wonderful place to make money. However, the process of making money is a very long one. It tends to be quite illiquid. You have to be very wealthy or ready to be able to play the game. So we’re looking at ideas like fractionalization and perhaps even tokenization to say, ‘Can we make this a larger pool of potential investors so somebody who only has $1,000 or $10,000 to invest versus many millions could participate in getting a building up and going in as an investor?’

Then could we over time allow people to buy in and out of those buildings in a way that they might with stocks? There are some interesting concepts, but, to be frank, we haven’t seen anything out there we would say is ready for primetime.

JLL has internal technology development, as well as invests in external startups. How do you handle the tension that often occurs between those two functions in such a large company?

I think it’s an insightful question. My short answer is we embrace it. I do have colleagues who asked me why we’ve invested in a particular startup when we may have a function already within the business that does something similar or the same thing. I talk about resilience. It’s not the case that one solution will work for every customer or will always be appropriate. Things change over time.

So, what I believe we bring as a venture arm of JLL is optionality, the ability to look into the future a little bit to have different takes because different customers will look for different solutions. And, let’s be honest, not every one of our solutions will be the ideal one for a particular customer. So we embrace the tension. We are trying to be innovative and to change and there is some pain involved in that. There’s a lot of talking and coordination involved with that as well. The view from my chair, at least, is we need to have options. We need to be resilient. So we will continue to invest in these sorts of technologies that may overlap with what we’re already doing in search for the best possible solution.

You are from outside the real estate world. What made you make the leap into the technology part of the industry?

I was licking my chops at the fact that there was so little technology there. I saw opportunities, but at the same time, I recognized that the reason there’s so little there is because people aren’t necessarily receptive. The honest answer as to why they haven’t been receptive is that people have been making money. They’ve been very successful. They’re like, ‘Hey, if it ain’t broke, why fix it?’

I believe that what’s happening in the industry — and it’s a global phenomenon — is that over time it will be harder and harder for us to make money in the ways that we’re doing it today. We will not be able to find all the people that we need to staff all those roles. We will not make as much money from a particular building as we thought we might because of the way that people think about being in the office as frequently as they might have been. There will inevitably be global ups and downs, which will also have an impact.

So, in that environment, if you want to continue to be successful, you will have to change, and change will be about deploying technology to allow new intense energy to make more money from providing a better service, which entails fewer people in some ways. That’s what’s going on here. We as JLL want to remain relevant in that world with our desire to be a technology-enabled service provider for our customers.

It remains difficult to get people back in the workplace. Is JLL looking at more non-office proptech startups in other areas of real estate?

One of our themes is construction technology. That’s something we’re doing regardless.

What kind of a startup would catch your eye today you haven’t yet seen?

Sort of a blockchain and tokenization one. I’d love to see a really good implementation of that.

The other thing which is really interesting for me is who’s thinking about culture. We as large organizations have kind of taken it for granted that we’ll be around the water cooler and serendipity will happen. If it is the case that we are going to more remote work, who’s going to think about how you build a belief-based culture that will allow that company to flourish? Haven’t seen that much of that yet. I would love to see some of that because, when it comes down to it, that’s what the debate is about: allowing us to build a great company that can work effectively in the marketplace.

That’s why we have offices. If we’re not going to have everybody in the office all the time as we used to, how do we ensure that we still build those wonderful organizations that will power the next few 100 years of commerce?