LA Is Out of Warehouse Space 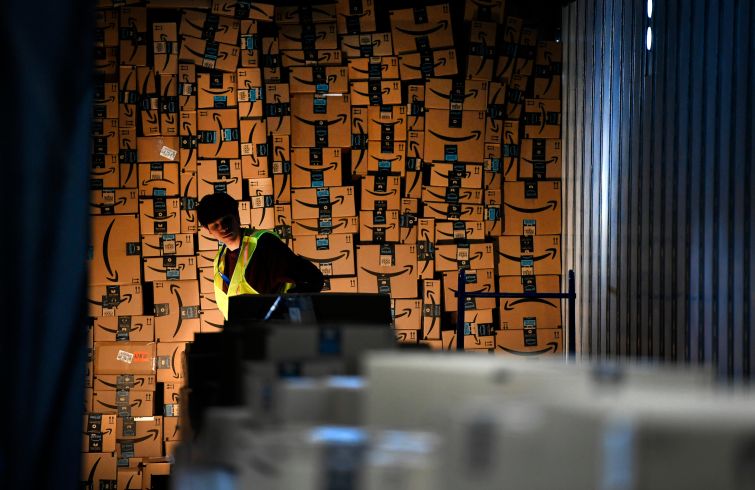 Jared Villarreal loads boxes into a trailer of a truck to be shipped out at Amazon's fulfillment center. Denver Post via Getty Images

There’s no room at the infill warehouse, apparently. The Greater Los Angeles industrial market is “effectively out of space to lease,” according to a new report.

Demand is so far ahead of supply — with leasing velocity hitting an all-time high — that any space returning to the market typically has a waiting list of tenants before it has a chance to hit the market. Subsequently, asking rents rose for the eighth consecutive quarter to an all-time high of $1.35 per square foot per month in the second quarter.

“The price increase can be primarily attributed to effectively no new supply entering the market for lease,” CBRE’s report read.

Leasing activity, driven by renewals, also increased 9 percent quarter over quarter to 6.3 million square feet, with e-commerce, retailers and packaging firms making up the bulk of the action. Trammell Crow’s John Balestra said there is a tremendous amount of competition from developers and investors vying for land and for stabilized assets, leading to the spike in values.

“Coming into this year, people were saying this is crazy — we saw land values basically double almost overnight,” he said.

Stakeholders want to build more space to meet demand, but straining economic conditions — including increased interest rates, record inflation and supply-demand imbalances — have led to market choppiness and overall uncertainty, and an even costlier development environment. Construction delays and increased costs have enhanced barriers to entry and completion for new projects, which compounds the lack of available supply.

“The combination of a pretty substantial increase in construction costs, longer duration for developments, combined with a spike in interest rates based on the Fed’s tightening, has sort of created this perfect storm of stress on developers’ pro forma,” Balestra said. “We’ve been dealing with challenges securing some of the key materials and supplies that we need to build these buildings. … That has created a slowdown in new supply deliveries, because what used to take three to four to five months now takes 12 or 14 or 16 months.”

Trammell Crow is working on building the final components to a massive industrial park in Santa Clarita, but Balestra said the project has been delayed because materials for the roof structures that were ordered last fall won’t be delivered until next year.

“We’re finding that construction costs are escalating somewhere at the rate of 2 to 3 percent per month,” he said.

He added that all the market changes are setting up for a “recalibration period,” but that there is still plenty of “global capital looking to park itself into producing assets.”

“I’ve heard some investors saying, ‘We’re basically going to take off for the summer, work on our golf game, and see how all this settles,’” Balestra said.