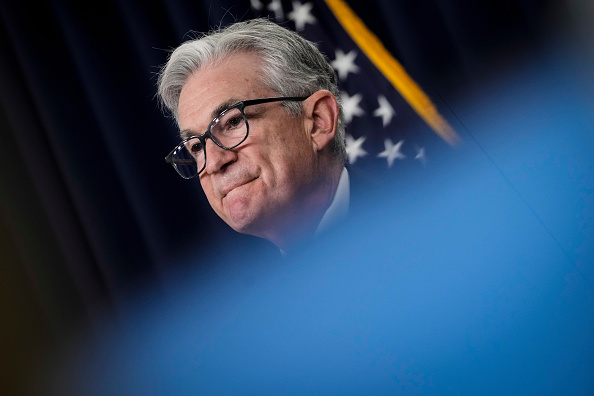 The Federal Reserve raised its benchmark overnight interest rate by three-quarters of a percentage point on Wednesday as it attempts to tame prices without causing a severe downturn. The Fed’s policy rate is now set to a range of 2.25 to 2.5 percent, which trickles down through the economy to impact other borrowing costs and also curtail growth, according to analysts.

It is the fourth time the central bank raised rates this year, in an effort to cool the most intense breakout of inflation since the 1980s. “The labor market is extremely tight and inflation is much too high,” Federal Reserve Chair Jerome Powell said at the press conference Wednesday following the announcement. Investors responded favorably to the expected rate increase. Wall Street closed higher after the announcement, with the Nasdaq Composite up 4.1 percent — its biggest daily percentage gain since April 2020.

“Even with plenty of headwinds, there’s a lot of room for softening within the labor market as the Fed’s dual mandate is to have a strong labor market and price stability,” said Thomas LaSalvia, a senior economist from Moody’s Analytics CRE. “At this point, a lot of investors and lenders have already been pricing in higher interest rates. So when they’re looking at new development projects or potential transactions, they may be pricing in slower rent growth for the sectors.”

The economist is not predicting rent declines in any of the sectors, from office and retail to the hot multifamily and industrial. “That said, we’re at a point where if interest rates are going up, so far cap rates have stayed pretty stable. And that means we’re getting compression,” LaSalvia added.

“The Fed is trying to raise rates to tamp down the interest-rate sensitive parts of the economy, like residential real estate, commercial real estate, autos, the financial markets, technology,” said Ryan Severino, JLL’s chief economist. Severino said he believes the rate hike is going to become a market constraint, noting it has already had some disruptive effects on transaction volume.

The Federal Open Market Committee is not meeting again until September, with many economists estimating a lower rate hike between 25 to 50 percent. “I’m leaning more toward 50,” said Severino, “How quickly the Fed has been raising isn’t as much of a concern to me. I think what matters more is where they stop and what the terminal rate is. That’s where I think this topic gets really interesting.”

“I think they will continue to raise it, but it may not be another 75 basis points in the next meeting. Maybe it’s 50,” said LaSalvia, adding that the hike will depend on the data coming out of the gross domestic product  report for the second quarter and labor market report for July. “That combination in junction with the other data points on spending, manufacturing, sentiment, all of that’s going to come out in early to mid-August. That will really set the stage for what’s next if the labor market starts to show weakness and the CPI [consumer price index], the inflation, starts to show that it’s dropping a little bit.”