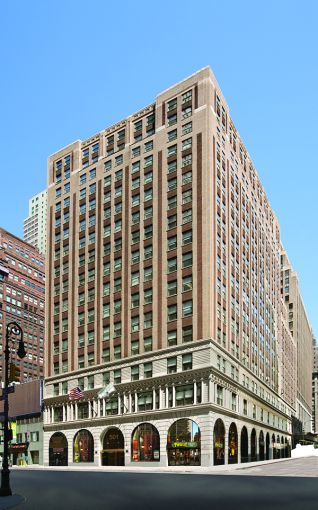 The security technology and staffing provider inked a 10-year lease to move from its 12,000-square-foot offices at 1 Grand Central Place to the Garment District tower. Asking rent was $62 per square foot, according to the landlord.

Pennsylvania-based Allied will trade Grand Central Station for Pennsylvania Station when it relocates to the building between West 37th and West 38th streets, after spending five years at 1 Grand Central Place. ESRT declined to comment on when the security firm would move to its new offices.

“The market flight to quality is not just about new development; it is about tenants’ desire for newly built and renovated, energy-efficient office space in modernized healthy buildings with convenient access to mass transit at an accessible price point,” Thomas Durels, ESRT’s executive vice president of real estate, said in a statement.

Allied’s new space will neighbor its outpost at 229 West 36th Street, one of its seven locations in the city. Tenants at the 18-story, 461,000-square-foot 501 Seventh include insurance provider Argo Group, media firm Captivate and clothing company PVH Corp., known for brands such as Tommy Hilfiger and Calvin Klein.

Cushman & Wakefield’s Louis D’Avanzo and Michael Baraldi represented the tenant. Ron Lo Russo, Heather Thomas, Patrick Murphy, Will Yeatman and Pierce Hance, also of C&W, handled it for the landlord alongside ESRT’s Shanae Ursini. Representatives from C&W did not immediately respond to requests for comment.