Sunday Summary: Which Mets and Yanks Will Strike Out Over COVID? 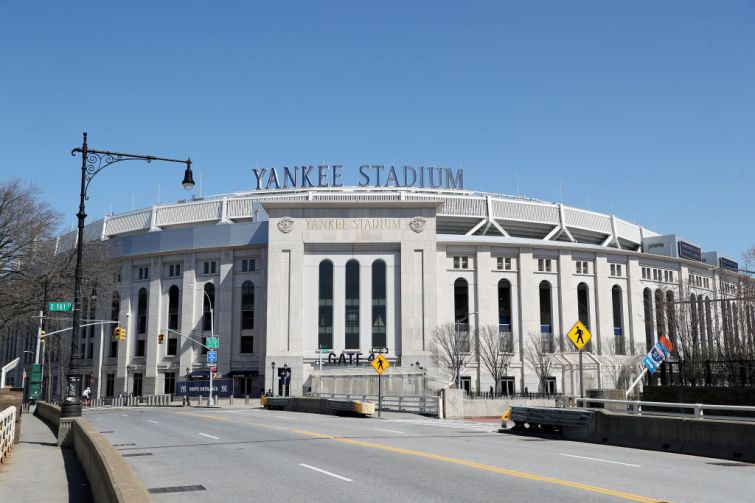 Just when we thought that our baseball woes were over, we found out that a significant chunk of the New York Mets and Yankees could not be allowed to play in Citi Field and Yankee Stadium next month.

It’s something that the unvaccinated Mets and Yankees will have to think carefully about, thanks to the New York City private employer COVID-19 vaccination mandate that was put in place at the end of the de Blasio administration.

Think the city is bluffing?

Kyrie Irving got a $50,000 fine last week for sitting courtside at a Brooklyn Nets game.

And it won’t be one or two misfit players, either; the Mets is among the least vaccinated teams in Major League Baseball, according to the New York Daily News, and the Yankees star outfielder Aaron Judge keeps dodging the question of whether or not he’s vaccinated. “We’ll cross that bridge whenever the time comes,” Judge said. (Oy.)

Well, we suppose these rogue Yankees and Mets might have better luck with New York City restaurants. With the city dropping its mandate that customers at most indoor businesses prove they’re vaccinated, a number of restaurants have decided to follow suit and drop the requirement too.

This comes as numbers for restaurants are finally beginning to improve.

“From the middle of February to the end of February I [saw] a good 10 percent increase in business,” George Constantinou, the restaurateur behind Brooklyn eateries like Miti Miti, told Commercial Observer this week. “How much of that was the vaccine mandate being lifted or how much of that was warm weather? It’s tough to say but it’s just the right time. … Especially [after] COVID, we really need our customers.”

Dropping these citywide requirements has been cause for optimism for some. And, yes, restaurateurs have been putting their leases where their mouths are. For instance, after a COVID hiatus the Greek restaurant Molyvos has signed a lease for a new location at 402 West 43rd Street. Yamas, as they say!

Activity was brisk in Gotham last week. The big daddy of the week was that IBM was taking a showstopping 328,000 square feet to anchor SL Green Realty Corp.’s One Madison Avenue. But among the other notable ones: Varagon Capital Partners, the asset manager, snagged 31,515 square feet at the Durst Organization’s One Five One; the International Gemological Institute secured 23,569 square feet at the Moinian Group’s 545 Fifth Avenue; a trio of tenants — Codat, the financial software platform; Order, the business services provider (previously known as Negotiatus); and investment firm Entourage Capital — took a combined 41,000 square feet at 260 West 39th Street; Blu Dot, the furniture retailer, took a three-story, 12,346-square-foot storefront at Vornado Realty Trust’s 715 Lexington Avenue; and popular vintage shop Stella Dallas Living renewed its lease at 285 North Sixth Street in Brooklyn.

But leasing seemed to be hopping elsewhere too.

The lease we were most intrigued by might not have been big (only 320 square feet) but it makes up for size with glam. We’re talking about the Kim Kardashian pop-up in Miami Design District for her swimwear brand SKIMS.

And there were other interesting leases in Miami; the fertility clinic CCRM landed an 18,179-square-foot lease at the Esplanade at Aventura development in Aventura and Industrious is opening a 40,000-square-foot flex office space on Lincoln Road. (If you’re interested in the state of flex office right now, it’s worth checking out CO’s Q&A with Ryan Simonetti.)

In the Washington, D.C., area Liquidity Aleworks, a new craft brewery, is opening its first location at Prospect Mill (a former historic bank) in Mount Airy, Md,. and the children’s gymnasium, The Little Gym, took a 5,637-square-foot lease at the Birch & Broad shopping center in Falls Church, Va.

Question: How do you know it’s a week when Amazon is involved in a crazy big real estate deal?

Answer: Because it’s a week.

We counted three major deals involving the giant: The company grabbed about 9,000 square feet of office space at a WeWork in Coral Gables.

Fine, let’s try another one.

Question: How do you know it’s a week when Blackstone is involved in a crazy big real estate deal?

Answer: Because it’s a week.

The largest private landlord in the world closed on a 49 percent stake in 1 Manhattan West in a deal that valued the property at $2.85 billion. (Chump change, no doubt, as far as Blackstone is concerned.)

Question: How do you know it’s a week when New York City pols are denouncing 421a as a giveaway to developers and saying the tax break should be allowed to expire in June?

Fine, you get the idea.

On Wednesday, New York City Comptroller Brad Lander said he was in favor of letting the tax break die without a replacement, and City Council members Tiffany Cabán and Pierina Sanchez introduced a resolution calling for the state legislature not to renew 421a.

There were some other pretty significant purchases, financings and announcements last week.

For those who have been paying attention to All Year Management’s woes over the last two years there was the news that Rubin Schron’s Cammeby’s International Group and Avi Philipson’s Graph Group purchased a massive apartment portfolio in Brooklyn from All Year, which should allow the company to exit its disastrous bankruptcy. (For an in-depth look at All Year’s problems, CO wrote a long summary here.)

In L.A., the proptech firm Snappt raised $100 million in Series A funding for its fraud screening technology, (no wonder confidence in proptech is so high!) and Yucaipa Companies scored a $100 million loan from Corten Real Estate Partners for The Line LA, its384-key, boutique hotel in Koreatown.