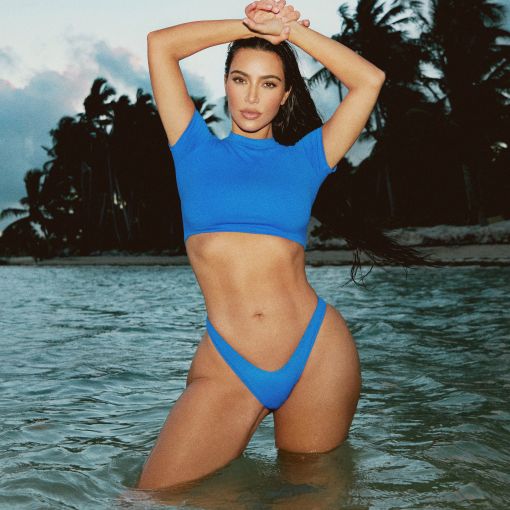 Kim Kardashian is making her retail debut in Miami. The influencer’s popular loungewear brand, SKIMS, will open a pop-up store in the Miami Design District this Saturday.

Miami is “the perfect place to launch our new swimwear and to do so in the Miami Design District is a dream — it’s one of my favorite destinations and I always make it a point to visit whenever I’m in Miami,” Kardashian said in a statement.

The 320-square-foot pop-up will carry the brand’s newly released swimwear line and will remain open until the merchandise sells out, with prices ranging between $32 and $108.

Located at 95 NE 40th Street, the outpost will stand in an outdoor lot across the street from the Alice + Olivia store. It’ll be housed in a chrome box structure with an infinity-edge water feature that cascades down rounded sides, designed by Willo Perron of Perron-Roettinger.

Kardashian, along with Jens Grede, founded SKIMS in 2019. The brand’s popularity skyrocketed during the pandemic as consumers snapped up loungewear while stuck indoors. SKIMS went on to collaborate with luxury fashion house Fendi to dress the American Olympics team this past February.

In Miami, the Design District has become the prime destination for luxury shopping, home to Dior and Chanel flagship stores as well as art installations. Major Food Group, the hospitality group behind celebrity hotspot Carbone, and buzzy streetwear brand Kith are slated to open an outpost together.

The development, which spans approximately eight-city blocks, is a joint venture between Dacra, led by Craig Robins, Brookfields Properties, and L Catterton Real Estate, which is backed by luxury giant LVMH.