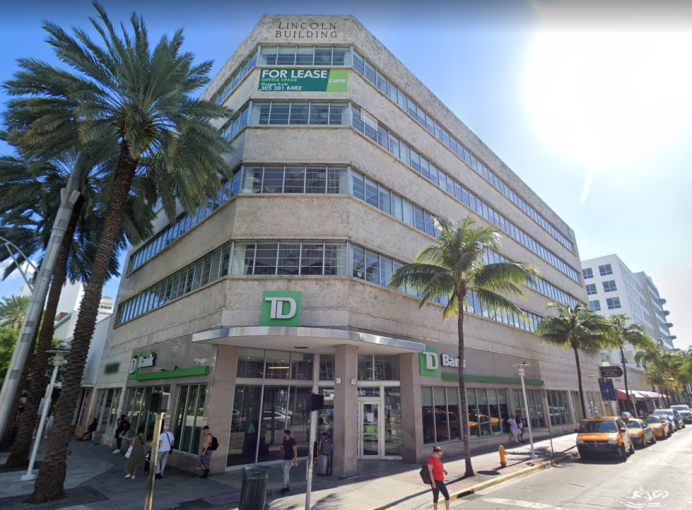 The flexible office provider took 40,000 square feet at 350 Lincoln Road, a popular shopping street in Miami Beach. Industrious will manage four floors, encompassing the entire office component of the five-story building, which sits at the corner of Washington Avenue.

The location will serve up to 200 workers and is slated to open in July.

As new-to-market firms descend onto Miami, many have chosen to first set up shop in coworking spaces before committing to long-term leases. Last year, hedge fund Citadel had employees stationed in a WeWork as it searched for a permanent home. Amazon is now leasing 9,000 square feet, also from WeWork, according to The Wall Street Journal.

The building at 350 Lincoln Road, owned by the Wings Group, received interest from various flexible workspace operators, according to Nancy Cibrano, asset manager for the landlord. It chose Industrious because of its “proven success record in being the highest-rated flexible workspace provider,” Cibrano added.

Instead of signing leases, the coworking company enters into partnership agreements with landlords, working hand-to-hand with them, as it did with the Wings Group, led by brothers Meir and Shaul Levy.

The South Beach outpost marks Industrious’ fifth venture in Florida. Last year, it opened a 27,000-square-foot location in West Palm Beach. One in Brickell is also operational, while two others in Wynwood and Aventura are in the works.

“Our robust network in South Florida continues to grow and we’re thrilled to add our South Beach location to serve our members,” Peri Demestihas, Industrious’ senior director of real estate, said in a statement.