How Blackstone Became the Biggest Private Landlord — And What That Means 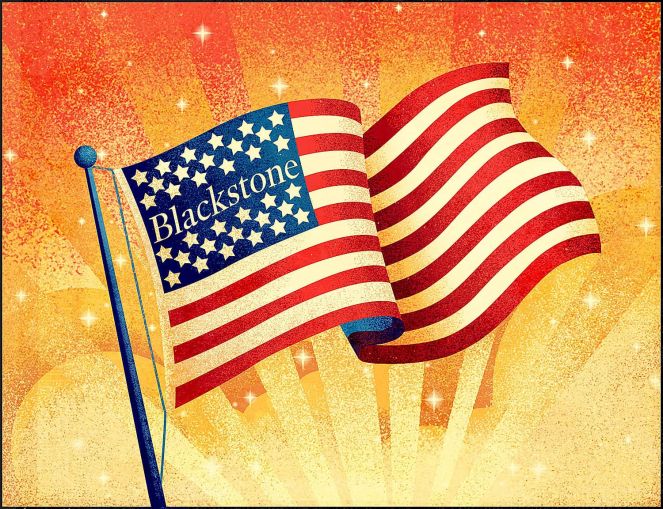 Bigger isn’t always better. That said, sometimes it’s nice to be able to throw your weight around.

Manhattan-based investment giant Blackstone knows a thing or two about the benefits of size. As of the end of the first quarter of 2021, the company had $196.3 billion in real estate assets under management. That was up 5 percent from the $187.2 billion under management just three months before, at the end of 2020, and up 22 percent from the $160.9 billion in Q1 2020.

Blackstone’s real estate business didn’t just weather the COVID-19 pandemic, it powered through it, purchasing billions of dollars of assets in segments ranging from single-family homes to life sciences lab space. To the casual observer, it looked at times like the company was buying anything that wasn’t nailed down.

That wasn’t, of course, the case. The last year has no doubt been an active one for the company, but its real estate moves were informed by the same basic principles it has followed for years.

“The way we approach investing as a firm — and, of course, in real estate — is that we try to look at mega-trends in terms of what is changing or what is happening in the way people are living, consuming, traveling and working, and we ask, ‘How can we invest in assets that we think are going to benefit from those changes,’” said Kathleen McCarthy, global co-head of Blackstone Real Estate.

In recent years, that approach led the company to balance its assets in a way that has appeared especially prescient over the past 12 months or so, shifting from areas like hotels and retail toward segments like residential, life sciences, warehouses, studios and logistics. These sectors have proved to be some of commercial real estate’s better pandemic performers.

“We try to be in the markets that are the most dynamic and have the most demand drivers from areas, such as technology, content creation and scientific discoveries,” McCarthy said. “We saw some of these mega-trends accelerate in the last 18 months or so.”

Life sciences is one area that has attained new prominence over the course of the pandemic. McCarthy noted that Blackstone first gave the segment a closer look around half a decade ago.

“What we saw, really starting in 2015, and I think it benefitted us getting ahead of this trend, was that there was increasing funding for the companies doing research and that their physical spaces were critically important to the outcomes of what they were doing,” she said. “We saw a huge trend and change in how health care was going to be researched and delivered, and we asked how we could be in the real estate that was going to benefit from that change.”

Blackstone has been particularly active in the Boston area, one of the world’s largest biotech hubs and home to roughly two-thirds of the company’s BioMed Realty life sciences real estate portfolio.

One of its first big moves into the space came in 2016, when it acquired life sciences real estate firm BioMed, which owned a number of lab buildings in Boston and Cambridge, for $8 billion. In 2019, the firm recapitalized its BioMed Realty portfolio company to the tune of $14.6 billion, and announced in March 2020 that it was purchasing from Brookfield for $3.4 billion a 2.3 million-square-foot lab portfolio, 97 percent of which was located in Cambridge.

In January 2020, Blackstone President and COO Jon Gray had said during a quarterly earnings call that it planned “to acquire a large portfolio of lab offices adjacent to MIT in Cambridge.”

The company has been similarly busy on other fronts. In June 2020, it purchased a 49 percent stake in Hudson Pacific Properties’ $1.7 billion Hollywood Media Portfolio, a 2.2 million-square-foot assemblage comprising three Hollywood studios and five Class A office properties, as well as the rights to build another 1.1 million square feet of office and production space at two of the acquired studios. The parties said they would explore future studio acquisitions in Los Angeles and other markets as well.

Blackstone also recently stepped back into the single-family rental market. In 2019, the company sold its remaining stake in SFR company Invitation Homes for $1.7 billion. In 2020, it acquired $240 million of preferred equity in Toronto-based SRF company Tricon Residential, and, in June of this year, it announced it had agreed to acquire Home Partners of America and its portfolio of 17,000-plus single-family homes for $6 billion.

During the company’s Q1 2021 earnings call, Gray indicated that the company’s investments in rental housing were, in part, a move to prepare for rising inflation. He noted that while inflation could prove a challenge for properties with long-term leases, with residential rentals — “where you’re resetting the rents every year and there’s a ton of job creation and household formation — you can capture the benefits of growth.”

McCarthy said Blackstone as a whole was “definitely mindful, in particular, of inflation.” She noted that real estate, “historically, has performed relatively well in inflationary environments,” but, like Gray, observed that “in an inflationary environment, things with shorter lease durations do have the advantage of being able to mark rents to market more frequently.”

The most extreme example of this, McCarthy noted, is hotels, “where you’re re-rating every single night.” Lodging and hospitality, of course, have been the bêtes noires of pandemic real estate, but, even here, Blackstone has been active.

In November 2019, Blackstone Real Estate Income Trust paid $4.25 billion for the Bellagio Hotel & Casino in Las Vegas. That deal appeared ill-timed when COVID-19 hit a few months later, but gambling giant MGM kept making its rent payments through the pandemic, and by June 2020, the casino was back open for business. Blackstone has since doubled down on Sin City, closing in February 2020 on a $4.6 billion joint venture with MGM Growth Properties to acquire the MGM Grand and Mandalay Bay. This month, MGM said it was selling its Aria Resort & Casino and Vdara hotel properties to Blackstone for $3.9 billion.

Going into the pandemic, the company had less than 10 percent of its real estate portfolio in lodging, down from around 50 percent in 2010, but McCarthy said this “was not a reflection of our enthusiasm for hospitality and travel, but more a reflection of the opportunities we saw pre-pandemic.”

“We are really enthusiastic about travel and hospitality, and we’ve been really active around the world,” she said, citing the firm’s recent $6 billion acquisition with Starwood Capital Group of lodging company Extended Stay America and its January acquisition of U.K. holiday company Bourne Leisure.

Blackstone, too, has, like other firms in the private equity pool, benefited from tax policy favorable to its investment models (and has lobbied for such benefits). For instance, carried interest on profits on investments are taxed as capital gains rather than ordinary income. The upper capital gains rates are much lower than income tax rates. This makes doing business with and through companies such as Blackstone that much more lucrative.

In the end, the dramatic growth of the company’s real estate portfolio is part of a larger trend toward enormity in the industry, said Mike Sroka, founder and CEO of real estate data management firm Dealpath, which counts Blackstone among its clients.

“There are very clear economies of scale in real estate investment management,” he said. “Over the past handful of years, we’ve seen Blackstone and Brookfield and Starwood in the news seemingly every week or quarter acquiring another portfolio, raising another big fund. And we expect for that to perpetuate those economies of scale.”

Sroka said that to his mind, among Blackstone’s most impressive qualities was its ability to operate at massive scale, but with speed and precision and insight into local markets.

“They are really connecting global capital, institutional capital, with what are inherently kind of local and regional real estate opportunities and business plans,” he said. “That, I think, is what is so powerful — when you have that lower cost of capital and the sophistication of institutional capital that is able to connect meaningfully with local and regional opportunities.”

Another trend in the private equity business that could fuel further expansion of Blackstone’s real estate portfolio is the growing use of “perpetual capital” — money that doesn’t have to be returned to investors on a fixed timeline, but can be used for long-term investments. This allows firms to generate management fees and recurring revenues without selling the underlying assets.

McCarthy said that the increased use of perpetual capital has opened up new investment opportunities for Blackstone’s real estate business, noting that it is well suited to investments that may have different risk/return profiles.

“Building these perpetual capital vehicles has really enabled us to transact more, to do business with more types of groups,” she said.

In a sense, McCarthy suggested, size begets size. The more assets you have, the more visibility into different markets you have, which leads to more investment opportunities and more assets still.

“What we have seen is that by transacting more, and owning more, and having more data points, it really makes us better investors,” she said. “Our scale and the ability to be more active in the market, as a result of having different types of capital to invest, create an information advantage, where our portfolio provides real-time data to help us inform our decisions around what we invest in next.”

Updated: This article was updated to reflect the correct name of Blackstone Real Estate Income Trust.