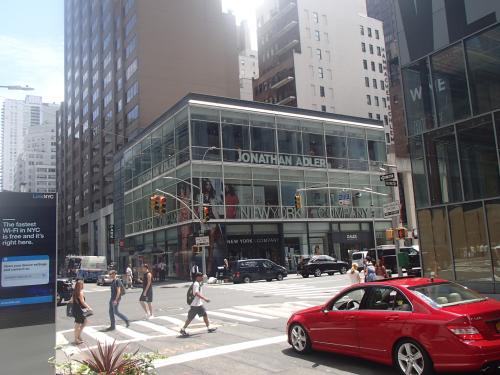 Furniture designer and retailer Blu Dot plans to open a 12,346-square-foot storefront across three floors — along with a 2,700-square-foot showroom on the roof— at Vornado Realty Trust’s 715 Lexington Avenue between East 57th and East 58th streets, according to the brokers.

This will be the Minneapolis-based company’s second New York City outpost after establishing its presence at 79 Madison Avenue, and places the company a block south of Bloomingdale’s. Blu Dot’s 140 Wooster Street location closed in 2018 as they opened their Madison Avenue store, The New York Post first reported news of the lease.

“We opened our very first store in SoHo over 10 years ago,” Blu Dot Co-Founder and CEO John Christakos said in a statement. “And now, with the success of our flagship store in the Nomad design district, we are excited to expand Blu Dot’s presence in Manhattan with this new store at 58th and Lexington.”

Sarah Shannon from Sinvin represented Blu Dot in the transaction and Vornado’s Edward Hogan and Jason Morrison handled the deal for the landlord.i.

“Blu Dot selected 715 Lexington Avenue because it offers unparalleled visibility and a modern aesthetic in a vibrant corridor,” Shannon said. “With over 120 feet of wraparound glass frontage over the second and third floors, Blu Dot will have a powerful presence … The roof deck will allow Blu Dot to showcase their outdoor furniture line and to host customers and special events.”

Shannon declined to provide the asking rent and the length of the lease. Vornado did not respond to a request for comment.