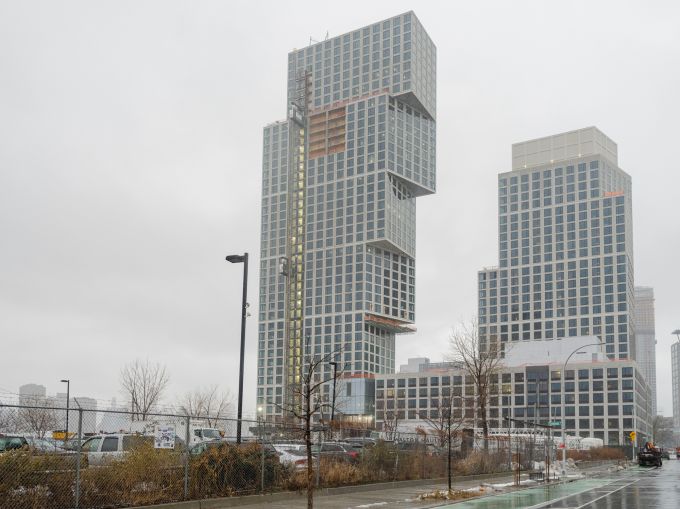 New York City Comptroller Brad Lander and two City Council members came out Wednesday in favor of letting the controversial 421a tax break expire without a replacement, as the legislature and governor negotiate a potential replacement for the exemption that developers often lean on for residential construction.

The current version of the 51-year-old tax program will sunset in mid-June, sparking a debate over whether 421a should exist at all. When 421a last expired in January 2016, then-Gov. Andrew Cuomo forced the Real Estate Board of New York (REBNY) and the construction unions to hammer out a replacement for the tax break. It took a year for a compromise to come together, and residential development slowed to a crawl throughout much of the city as the real estate industry waited nervously to see whether 421a would be revived. And, now, as they did then, developers are rushing to get permits and start foundation work in order to qualify for the current version of 421a.

Six years later, both the state legislature and the City Council have shifted leftward, and more elected officials dislike the idea of giving tax breaks to developers. Newly elected Democratic City Council members Tiffany Cabán and Pierina Sanchez — who represent Astoria, Queens, and the West Bronx, respectively — introduced a council resolution Wednesday calling for the legislature not to renew 421a.

Cabán declared that 421a is “not an affordable housing strategy, it’s free billions for developers. At a time when we have so many people desperately in need of vital assistance, we have absolutely got to stop this massive give-away to the wealthy real estate interests who need it least.”

Sanchez, meanwhile, pointed out that most New Yorkers can’t afford the affordable units produced under 421a.

“In a city where 75 percent of New Yorkers cannot afford the units set aside through this program, 421a does not provide low-income New Yorkers with the affordable homes they need,” said the Bronxite. “We need a true affordable housing plan for New Yorkers, not another opportunity for developers to profit.”

The two staged a joint press conference in Downtown Brooklyn with Comptroller Lander, who put out a report Wednesday on the impact of the tax exemption.

His office found that two-thirds of the affordable units in 421a projects constructed over the past four years are geared toward the highest income bracket, 130 percent of the area median income (AMI). In 2021, 130 percent AMI was $108,680 for a single person and $155,090 for a family of four in New York City. The comptroller’s analysis also found that developments using the most expensive 421a options — which are typically large projects in pricey parts of Manhattan and Brooklyn — are getting roughly $1.4 million in tax breaks per income-restricted unit. These buildings are responsible for producing a significant percentage of the affordable units created under 421a because their market-rate units command high enough rents to subsidize lower-income units.

In his analysis, Lander argued that Gov. Kathy Hochul’s proposed replacement for 421a — dubbed 485w or “Affordable Neighborhoods for New Yorkers” — would be “essentially equivalent to the current program” and “would again fail to create truly affordable housing, with monthly rent for a two-bedroom at over $2,300.” Instead of replacing 421a, Lander feels that state officials should reform the problem that 421a tries to correct: New York City’s inequitable property tax system.

“The 421a program is a towering boondoggle — costing our city $1.77 billion this year in forgone taxes and delivering only a small handful of actually affordable units in return,” said Lander. “Rearranging the number and letters is tantamount to slapping a gold-plated Band-Aid on to hold together a deeply inequitable and opaque property tax system, and then pretending we’ve fixed our affordable housing crisis.

“Tinkering around the edges may be what developers want, but it’s not what New York City needs,” he added. “It’s time to let 421a sunset — and take our best shot to build a fair and stable property tax system that eliminates disparities, facilitates rental development, and focuses our scarce affordable housing resources on genuinely affordable housing.”

REBNY, for its part, defended the governor’s replacement for 421a, and pointed out that the 130 percent AMI tier is not included in the new proposal.

“485w would provide an important tool for producing rental housing at deeper levels of affordability permanently across the city, particularly in areas like Gowanus,” said REBNY President James Whelan. “At a time when we face a critical need for new affordable rental apartments, we must seize this opportunity right now — regardless of long-term policy ideas, no matter how well-intended.”