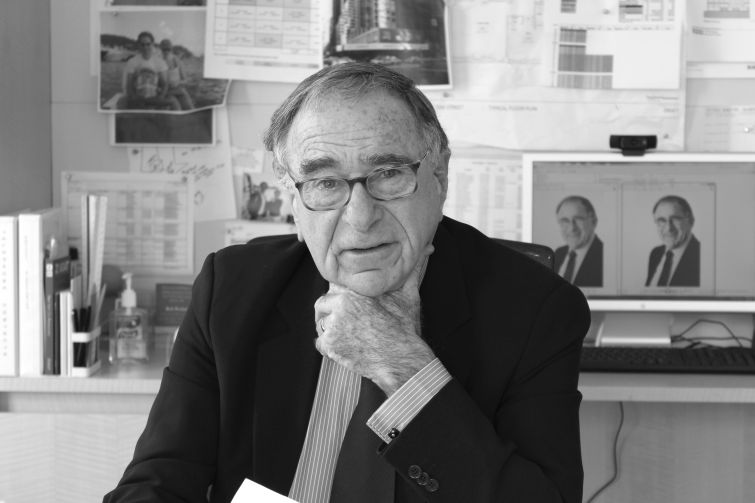 SoHo is one of those neighborhoods that looked like it was in a lot of trouble circa 2020.

Scratch that. It looked like it was in trouble well before COVID-19. But the last two years have worsened a precarious situation.

However, two years into the pandemic it looks like the neighborhood is doing … a lot better than expected!

The luxury brands have not stayed away. John Varvatos, for instance, took 4,000 square feet last year and British jeweler Vashti took 11,000 square feet at 102 Greene Street; Cartier, Valentino and Tumi also all took 9,000 square feet each in the neighborhood.

According to a CBRE fourth-quarter 2021 report, SoHo had the highest retail leasing velocity of the year in Manhattan.

Part of the secret of this is wealth. The neighborhood residents are filthy rich. Maybe they made some great crypto investments or something.

And if those crypto millionaires need a place to live they could always go Downtown.

Macklowe spoke to CO this month about FiDi, Miami (where he also has a planned 25-story project next to the Dadeland Mall), and his wooing of Steve Jobs.

Bliss out? No, Bliss in!

Leasing had another decent week nationally. In Miami, Mastercard re-upped its 54,000-square-foot space at 801 Brickell and Publix Super Markets told shareholders that it was continuing its aggressive expansion plan; in L.A., Pacific Expressway, the trucking company, nailed down a 111,000-square-foot distribution center in Compton and in Washington, D.C., JBG SMITH announced a plan to bring a new slew of outdoor retailers to National Landing.

Todd English, the restaurateur and curator of the Plaza Hotel food hall, announced a 20,000-square-foot eatery at 15 Park Row. (That’s just a short, 12-minute walk to the new proposed jail in Chinatown!)

There were other deals, too, of course; the Connecticut-based Webster Bank added 8,099 square feet to its 22,522-square-foot presence at Savanna’s 360 Lexington Avenue; MindWell NYC, an all-women group of clinicians that provide mental therapy, took a 6,762-square-foot lease at GFP Real Estate’s 80 Eighth Avenue (aka, the Bankers Trust Company Building); and The Bliss Group, a marketing communications firm, took 26,000 square feet at 230 Park Avenue (aka, the Helmsley Building. That’s a lot of aka’s!)

The industrial market is alive and well in California. Brookfield intends a logistics-based redevelopment out of a two-story, 125,000-square-foot creative office building known as The H near the Port of Los Angeles that it just acquired for $36.1 million. And North Palisade Partners added its third industrial project in Southern California in just the last two months, scooping up an 11-acre site in Pomona for $43.5 million.

And while we’re talking California and Brookfield, the real estate heavy scored a $212.2 million refinance of its DreamWorks Animation Studio in Glendale from Apollo.

In the world of proptech the tech startup Alfred acquired management company RKW Residential after raising $125 million to expand.

And, finally, some good news for WeWork!

Well, that should be somewhat qualified.

WeWork had sort of that moment this week. According to its earnings call the coworking behemoth brought in $718 million in revenue in the fourth quarter. That is 5 percent better than the previous quarter! Woo-hoo! Of course, they had a net loss of $803 million. So that’s not as good. But we’ll take what we can get.

Today marks an unpleasant anniversary. It was exactly two years ago today that then-President Trump declared a national emergency due to COVID-19.

On March 13, 2020, few people could calculate just how profound the differences would be between the landscape then and now. Retail brands were crushed. (In the case of Century 21 we mean that literally.) Hospitality was decimated. And office … well, that remains one of the mysteries. Leases keep happening, and plenty of companies are issuing back-to-work orders. Plus, transit and the government are gearing up for something like normalcy; but as to one of the biggest pronouncements of this current age — namely, that things would never be the same — we have to wonder just how true this statement is.

As COVID infections come down, we’re about to find out what happens next.