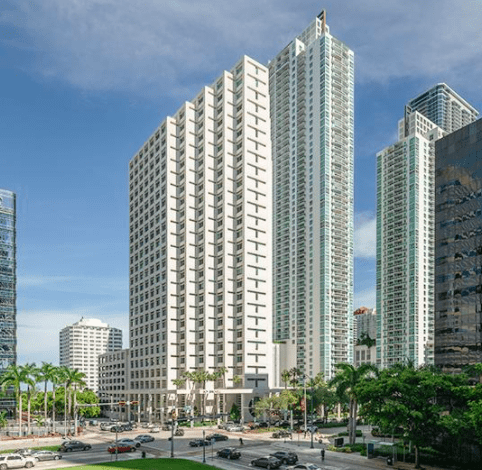 The payments giant signed a 53,700-square-foot renewal lease at 801 Brickell, retaining its office between the 11th and 13th floors in a long-term deal.

The financial company was one of 801 Brickell’s first tenants, settling in in 1986, only two years after the completion of the 28-story building. As its previous lease neared its end, the company had looked at other options.

“We were able to structure a deal with enough incentives to keep them in place at 801,” said Cushman & Wakefield’s Tony Jones, who represented the tenant.

A selling point was the property’s multimillion-dollar upgrades, which include communal conference rooms, a wellness center and a climbing wall.

“Ownership has shown its commitment to thoughtful improvements that meet the evolving needs of tenants at 801 Brickell,” said Colliers‘ Stephen Rutchik, who along with Tom Farmer, represented the landlord, Nuveen Real Estate. It’s the real estate investment arm of The Teachers Insurance and Annuity Association of America-College Retirement Equities Fund, otherwise known as TIAA.

Located at 801 Brickell Avenue adjacent to Brickell Key Drive, the mixed-use tower spans 469,319 square feet. Its office component is now 88 percent leased with asking rents ranging between $75 and $90 per square foot, per Rutchik. The ground floor is home to celebrity hotspot Komodo, an Asian concept by nightlife mogul David Grutman.