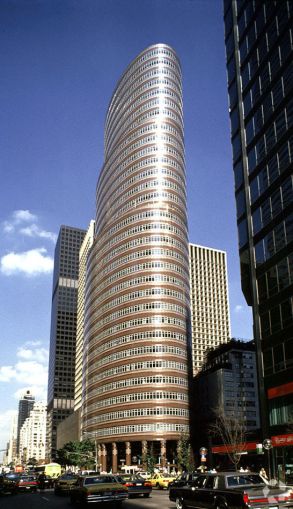 EC Mergers & Acquisitions — an international investment banking firm specializing in mergers, acquisitions and company sales — signed a 10-year, 13,884-square-foot lease covering the entire top floor of the 34-story building between East 53rd and East 54th streets. It will relocate from nearby 767 Third Avenue, at the corner of East 48th Street.

In the second deal, health care investment firm Aurora Health Network leased 13,884 square feet for seven years on the entire 29th floor. The company will relocate from 55 Broadway in the Financial District.

Joseph Grotto of Cushman & Wakefield represented EC in the lease negotiations, and John Cilmi and Harry Singer of Newmark handled it for Aurora. Their Newmark colleagues Brian Waterman, Scott Klau, Eric Harris, Cole Gendels and Zach Weil brokered both deals for SL Green, which declined to disclose the asking rent in the building. Spokespeople for C&W and Newmark didn’t immediately return requests for comment.

Architects John Burgee and Philip Johnson designed the 636,000-square-foot office tower, which was constructed in 1986.

The building and the land underneath it are owned by two separate groups of investors, which led to a dispute over ground lease rent increases earlier in the pandemic and the property’s $272 million commercial mortgage-backed securities loan getting sent to special servicing in 2020, The Real Deal reported.

Ceruzzi Properties leases the majority of the ground beneath the building and began defaulting on its mortgage payments in mid-2020, as Commercial Observer reported at the time. Meanwhile, an LLC that owns a 5,500-square-foot parcel beneath the building wanted to raise the ground rent fivefold to $3.5 million a year, triggering a lawsuit from SL Green in June 2020, as TRD reported. A State Supreme Court judge ruled last month in favor of SL Green, which wanted the property reappraised in order to adjust the ground rent accordingly, court records show.