Sunday Summary: REBNY in 2022, Industrial Thriving in Miami and More 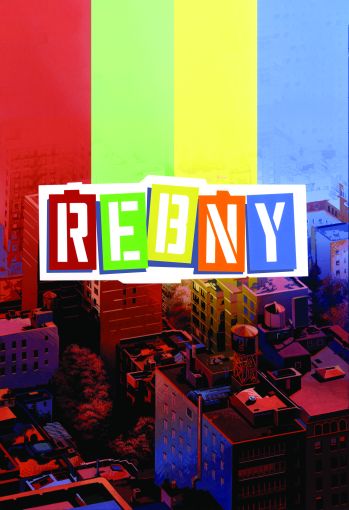 One thing that New York real estate professionals of all stripes had looked forward to in the snowbound month of January was the cocktails, the rubber chickens, and the chance to spot Steven Roth yukking it up alongside Gary Barnett at the annual Real Estate Board of New York banquet at the Midtown Hilton.

Alas, this was another thing that seemed to fall victim to COVID-19.

Well, one of the things that Commercial Observer did for every REBNY banquet was put out a print edition about the state of REBNY and real estate. And, banquet or not, it’s still important to do so, as far as we’re concerned. (REBNY is planning an in-person event in June.) So we did.

If you missed CO’s print edition it included an interview with James Whelan, the president of REBNY; a story about REBNY’s critically important relationship with the new mayor; the zoning headaches that will no doubt occupy the organization in the coming years; Adams’ somewhat sketchily drawn plan to transform empty hotels into housing; Gov. Kathy Hochul’s plans for 421a; changes to the National Flood Insurance Program; the most expensive construction project that’s coming down the pipeline, i.e., the fixes to the Brooklyn-Queens Expressway; REBNY’s proptech efforts; and the newest class of REBNY fellows.

In the continuance of this, CO partnered with REBNY for our “Future of New York” program on Feb. 9, which we would encourage all our readers to sign up for!

Remember when Han Solo advised Luke Skywalker to keep his exuberance in check upon destroying a TIE Fighter?

It’s advice we should all take to heart.

While there have been fits and starts of optimism about the return to work over the last year, it’s looking like December brought some unpleasant numbers about office demand, according to VTS.

With return-to-work plans fluttering, demand dropped an ugly 33 percent. This is in sharp contrast to the big swings of January to August of last year when demand spiked 127 percent.

That being said, leasing was still plugging along this week. To wit, the Filipino fast-food chain Jollibee announced its fourth location at 14 East 42nd Street right near Grand Central Terminal. And Jollibee wasn’t the only eatery or retailer doing business; Tony Fortuna’s famous steakhouse T-Bar Steak & Lounge will reopen at 116 East 60th Street — just a dozen or so blocks from its original locale at 1278 Third Avenue. Pollo Campero took a 5,400-square-foot lease at 966 Avenue of the Americas after a deal with the fast food joint, Sonic, fell through. And Brooklyn Ninja, the martial arts and fitness studio (which, if it sounds familiar, was inspired by NBC’s “American Ninja Warrior”), is opening a new location at 340 Fourth Avenue in Park Slope.

One of the sad pandemic closings was that of the Regal UA on Court Street in Downtown Brooklyn. It was a local staple that had been well loved not as a hoity-toity arts spot but as a place to go when you wanted to have an interaction with what was happening on screen.

When Regal closed on MLK weekend with no notice the landlord, Madison International Realty, claimed that they were as surprised as anyone to learn that the theater was ending its two-decade run.

Not the case, according to Regal. The theater chain issued a statement fixing the blame on rising rents and inflexibility on the landlord’s part.

“While we continue to believe in the site and the community, we had to make the difficult decision to close this location due to our inability to reach an agreement with the landlord on a new lease term reflecting the need for a major and very costly renovation needed to bring a Regal-style, state-of-the-art theater to Brooklyn,” a Regal spokesperson said in a statement to CO.

So South Florida has massive, spanking new office buildings like Related’s 360 Rosemary (which got a $210 million refi this week); slightly older office properties trading at huge increases from just a few years ago (C III Capital Partners just nabbed a nearly $30 million profit on The Fairway Office Center, which they bought in 2016); tenants that are paying record premiums to get in on the action (CI Financial just paid $100 a square foot to be at 830 Brickell); and it even has new flex office providers descending on West Palm Beach (see Industrious’s new move this past week).

Now it also has record-breaking industrial activity! According to a new report by JLL, 2021 was the best year of all time for Miami’s industrial market with vacancy at 2.6 percent for Miami-Dade County’s 193 million square feet of industrial space, and average rent rising to $10.30 per square foot, with rents climbing by $1 to $3 per square foot throughout the year.

It was a pretty brisk week for D.C. real estate, too.

There were big retail leases like the four new restaurants announced at Founders Row in Falls Church, Va., and a 14,000-square-foot esports theater at Gallery Place under the Monumental Sports & Entertainment banner.

While the weather outside is frightful, it’s time to curl up by the fire and read about warmer climates. Like Los Angeles.

It’s not like L.A. didn’t see big deals in the last week. Gelt just plunked down $156 million for a 271-unit multifamily complex in Long Beach; Alere put down nearly $200 million for a single-tenant warehouse in Riverside; and Faring and Standard Communities acquired the 230-unit Millennium South Bay Apartments in Hawthorne to convert the property into affordable housing.

But on this January day we invite you to linger a little over the topic of L.A.’s parking spaces. There’s been a lot that’s been done with them over the pandemic and a lot more that’s possible. Enjoy!