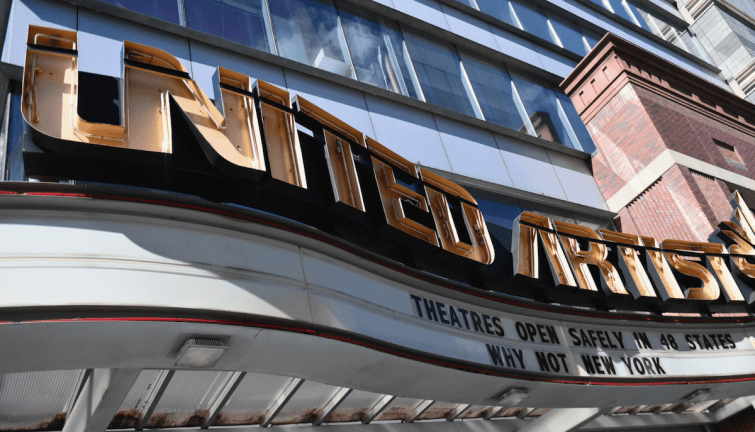 Downtown Brooklyn’s Regal Court Street movie theater closed with no notice this past Sunday, after a two-decade run screening blockbusters.

Madison International Realty, the owner of the retail property at 106 Court Street, was apparently unaware that the theater had planned to shut down. In a statement, the company said that it “​​shared the community’s disappointment in the sudden closing of the Regal theater. We are in the process of assessing the situation and gathering more information.” Regal didn’t immediately return a request for comment.

Newly elected Brooklyn Councilmember Lincoln Restler even spotted a moving van outside the building this past weekend, while another eagle-eyed Brooklynite noticed a sign on the box office announcing the closure.

The theater opened in 2000 with 12 screens and 2,300 seats. It replaced the Cinart Theater, a single-screen 1920s theater that shuttered in 1989 and was ultimately demolished. Operated by both United Artists and Regal during its existence, the theater occupied the majority of a 13-story building between Schermerhorn and State streets, including a cellar and subcellar.

A Cushman & Wakefield team led by Diana Boutross was marketing retail space in the building in 2020, but it’s not clear if a new tenant was found to replace either Regal or the ground-floor tenant, Barnes & Noble. (Boutross and her team did not return a request for comment.) The Regal Court Street previously closed temporarily in the fall of 2020 during the height of the pandemic.