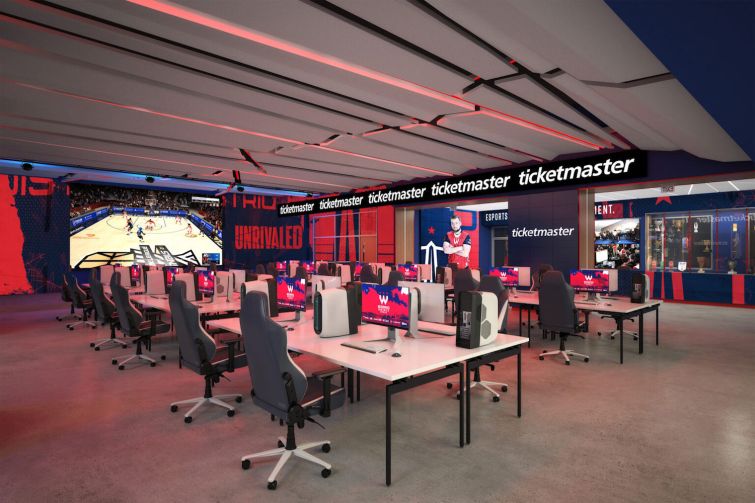 Washington D.C. is getting into the esports game.

In addition to providing a space for esports events, the immersive theater will be used for music and community events, as well as pre- and post-event experiences for fans attending Capitals and Wizards games next door at the Capital One Arena.

Architecture, Incorporated is building out the space with KBR Corporation charged with construction of the site, which is owned by Oxford Properties.

“Given the rapid rise in the popularity of esports and the growing audience for gaming in general, we believe the time is right to build an esports-centric venue that serves as a rallying point for the gaming community in the mid-Atlantic,” Zach Leonsis, president of media and new enterprises for MSE, said in a prepared statement.”

Located at Seventh and H Streets in the District’s historic Chinatown neighborhood, District E will feature more than 1,000 square feet of LED lights, a competition studio and training facility, when it opens this fall.

Gaming and esports have proven to be resilient, as well as recession- and pandemic-proof, with 2.96 billion players globally, according to data firm Newzoo, and that number is expected to increase to 3.32 billion by 2024.

“The team at Monumental is always on the cutting-edge, adopting the latest technology and setting trends for live event experiences,” Marla Ostroff, Ticketmaster’s managing director, said in a prepared statement. “District E Powered by Ticketmaster is an innovative and exciting concept that explores a whole new realm of live entertainment experiences. We look forward to continuing our partnership with Monumental in bringing District E to life.”

Monumental Sports was represented by Zach Boroson and Andy O’Brien of JLL.

Oxford declined to comment at this time. Requests for comment from the brokers were not immediately disclosed.