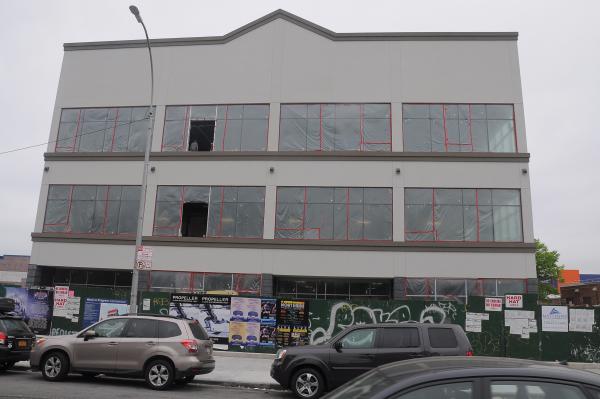 The gym’s new outpost, in 6,860 square feet at 340 Fourth Avenue, at the corner of Third Street and Fourth Avenue, tentatively plans to open in February, according to Page1Properties‘ Malorie Currier, who represented Brooklyn Ninja in the deal with landlord BPY Capital. Asking rent was $50 per square foot in the 10-year lease.

The space was a good fit because it had the room to fit Brooklyn Ninja’s climbing walls and obstacle courses seen on NBC‘s television competition, said Currier.

“[There were] no columns, which is very rare, with high ceilings [in a] great neighborhood [and a] very bright and very modern facility,” Currier told Commercial Observer.

The space is the franchise’s second outpost after New York Ninja Academy, located on the ground floor of 625 West 55th Street, opened about a year ago, Currier said. Madelyn Scarpulla, the owner of both franchises, said her New York City location’s popularity encouraged her to expand to Brooklyn.

The second-floor space was previously occupied by an Ultimate Fighting Championship gym, which left during winter 2021 when intense pandemic lockdowns forced many companies, particularly fitness spaces, to shutter, said Kassin Sabbagh’s Eli Yadid, who represented the landlord in Brooklyn Ninja’s deal. The transaction for the space closed in the first week of January.

“I thought this would be a great opportunity for the Ninja Academy,” Yadid, who reached out to the franchise about six months ago, told CO. “[There is] great signage on the building. It’s on Fourth Avenue in Park Slope, so I think thousands of cars pass by every day.”

BPY Capital purchased the three-story property in 2012, according to PropertyShark. The representative of BPY who signed for the property’s $9.6 million mortgage is associated with East Fordham Road Real Estate Corp., according to property records.