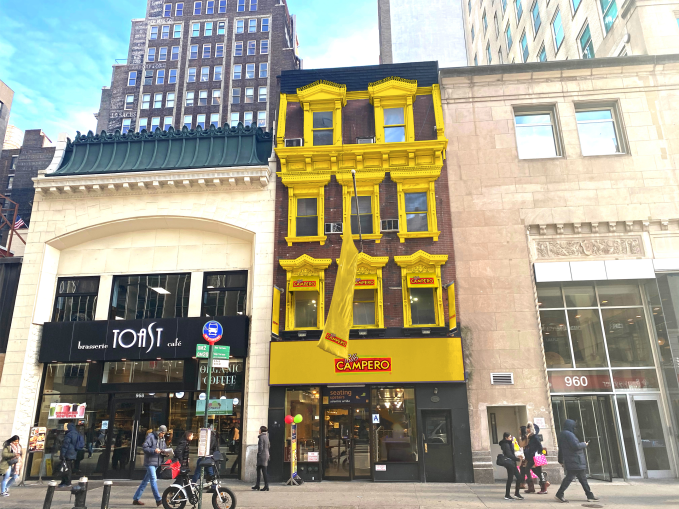 The Dallas-based fast-casual restaurant will occupy 5,400 square feet on the cellar, ground and second floors of the three-story 966 Avenue of the Americas, between West 35th and West 36th streets, according to landlord broker Newmark. Asking rent for space was $300 a square foot.

It appears to be Pollo Campero’s first Manhattan location, but the chain has storefronts in Jamaica and Jackson Heights, Queens and Sunset Park, Brooklyn.

Fast-food chain Sonic, know for its drive-through locations nationwide, signed a 10-year lease for the space in March to open its first location in Manhattan, but the deal eventually fizzled out, according to Newmark’s Craig Slosberg, who represented landlord Metropolitan Impex in the Sonic and Pollo Campero deals.

“While we had previously leased the site in 2021, the transaction fell through due to the COVID-19 pandemic, so we worked tirelessly to secure a new tenant for the space,” said Slosberg. “We are pleased to bring a high-quality tenant like Pollo Campero to the area.”

Vince Sweeney of Meridian Capital handled the deal for Pollo Campero. Sweeney didn’t immediately respond to a request for comment.

Newmark’s most recent market report found that by the third-quarter of 2021, retail leasing in Manhattan was starting to recover, albeit very slowly. Taking rents are still down 34 percent compared to pre-pandemic levels, but declines have begun to stabilize.

The brokerage also found that retail strips in residential areas — such as the Upper East and Upper West Side — have suffered much smaller declines in asking rents than office-heavy neighborhoods like Midtown and the Financial District.