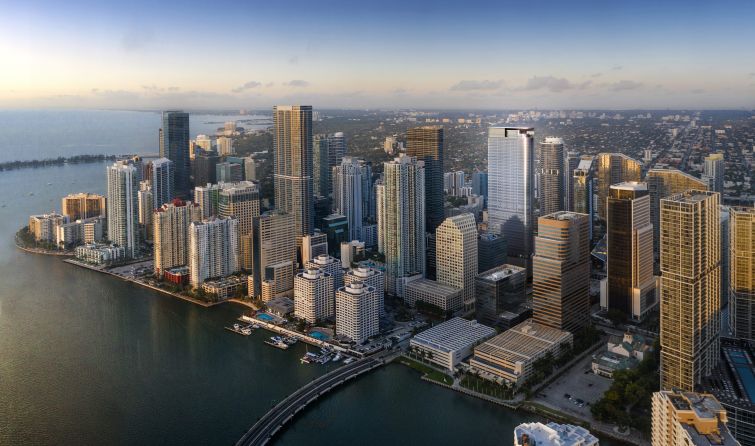 Toronto-based CI Financial has taken two floors at Miami’s 830 Brickell, doubling its footprint just months after agreeing to open its U.S. headquarters there.

The asset management firm has leased a total of 40,000 square feet at the 55-story tower, and will occupy the full 48th and 49th floors, the company announced.

Previously, CI Financial had leased 20,000 square feet with plans to occupy one floor in the building, with the option to expand further, Commercial Observer reported at the time.

Asking rents at 830 Brickell, which is slated for completion this year, are at or above $100 per square foot, a record for Miami, according to information from Cushman & Wakefield.

CI Financial is paying approximately $100 per square foot for the Brickell space, according to a source with knowledge of the deal, though it was not clear if that was for the full 40,000 square feet or just the expansion.

The financial firm will take occupancy in late 2022 once the tower is completed. As one of the only new construction office towers in Miami, 830 Brickell has attracted high-profile tenants like Microsoft, which took 50,000 square feet there last year, and private equity firm Thoma Bravo.

CI Financial is one of several companies to have received tax incentives from the State of Florida to locate its U.S. headquarters in Miami.

The developers, a joint venture between OKO Group and Cain International, were represented by Cushman & Wakefield’s Brian Gale, Ryan Holtzman and Andrew Trench. CI Financial was represented by Donna Abood and Mark Robbins of Avison Young.