The warehouse spans 709,081 square feet, and it is fully leased to a third-party logistics firm Unis 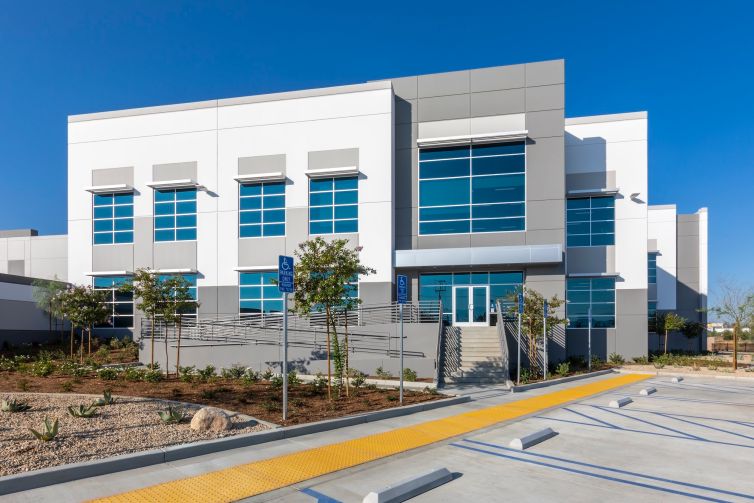 The development and investment firm paid $199.3 million for a new warehouse with 709,081 square feet in Riverside, Calif. The property, called Freeway Business Center, is fully leased to a third-party logistics firm, Unis, and was developed by Crow Holdings Industrial.

Cushman & Wakefield announced the sale and represented both the buyer and the seller.

Freeway Business Center was completed last year on more than 39 acres at 2677 East Alessandro Boulevard, along the northwest corner of March Air Reserve Base. Riverside and the Inland Empire have consistently proven to be among the nation’s most desirable industrial real estate and logistics markets.

Market fundamentals remain very strong in the Inland Empire with robust occupancy gains and significant new leasing activity, according to research from Cushman & Wakefield. The vacancy rate in Riverside has dropped to 0.6 percent.

“Class A industrial assets [such as Freeway Business Center] remain in very high demand, not just regionally but across the U.S. due to the ongoing strength of the industrial sector along with the demand for modern facilities,” said Jeff Chiate, who was part of the Cushman & Wakefield team that brokered the deal.

Freeway Business Center sold for approximately $281 per square foot. Chiate told Commercial Observer it was a high watermark for the Inland Empire market.

“Given the amount of capital chasing Inland Empire industrial property, we’re likely to continue to see these higher levels of pricing achieved depending on the quality of product, tenancy and other investment factors,” Chiate said via email.

Over the past 12 months in Riverside County, third-party logistics company Kenco Logistics Services signed a 397,351-square-foot lease with AEW; Rockefeller Group sold a 300,000-square-foot property for $57.5 million; and Trammell Crow Company and Clarion Partners started to build a 1.1 million-square-foot building.

Meanwhile, Carmichael said Alere owns approximately 2.5 million square feet in the immediate Riverside submarket, and the firm is looking to expand more in the area.

“With steep competition from institutional investors and a scarcity of large developable parcels, along with various entitlement headwinds that could limit future supply, Alere remains focused on acquiring the highest-quality assets in prime locations throughout the region,” he said.