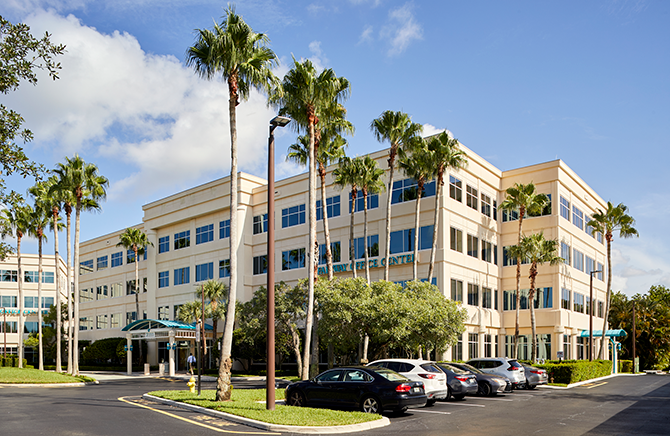 The Fairway Office Center, located at 7111 Fairway Drive, spans three buildings across 16 acres, less than a mile from the PGA National Resort and just west of the Florida Turnpike.

The sale equates to $364 per square foot. The office complex last traded for $52.5 million when Texas-based C-III Capital Partners purchased it in 2016. Its three buildings were built between 1989 and 2003. Today, they’re 78 percent leased.

“The new ownership plans to capitalize on the property’s highly desirable location and to continue to upgrade and amenitize the project,” said CBRE’s Marcos Minaya, who represented the sellers along with Christian Lee, José Lobón and Tom Rappa.

Building upgrades have become a common trend among landlords looking to attract tenants amid COVID-19. The joint venture secured a $62.9 million loan from Acore Capital Mortgage, according to property records.

A CBRE representative did not comment on Fairway Office Center’s current tenants.

Update: The article was amended to include the extent to which the complex is leased.