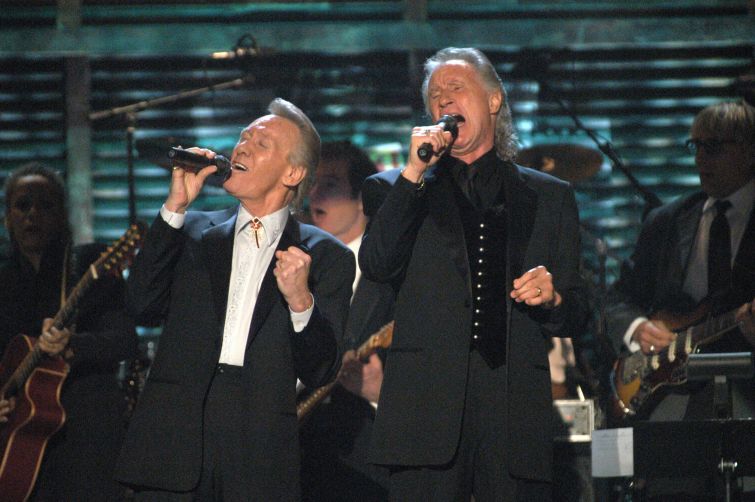 Listen to the Righteous Brothers: Bring back that leasing feeling! Photo by KMazur/WireImage

It’s not that this sized lease happened every single week, exactly, but if you look back at the week before lockdown orders were put in place, the biggest lease of the week was Pace University’s 220,000-square-foot doozy to occupy all of SL Green Realty’s 15 Beekman Street. The week before that there were four leases that cracked the 100,000 mark: the city renewing 516,115 at Rentar Plaza in Queens while Amazon took 300,000 square feet at the same complex; Apple making its 220,000-square-foot lease official at 11 Penn Plaza and MDC taking nearly 200,000 square feet at 1 World Trade Center.

And yet last week we felt some of that leasing feeling. Two 100,000-square-foot-plus leases! First, the Chicago-based accounting firm BDO USA announced that it was taking a 15-year, 145,000-square-foot space at 200 Park Avenue and, second, the real estate and home buying services company Orchard Technologies is also breaking the hundred thou mark with 107,000 square feet at L&L Holding Company’s 195 Broadway.

There were a number of other notable leases, too — like the private equity firm Stripes taking 14,000 square feet at Meatpacking’s Solar Carve Tower, or the Swiss shoemaker Le Majordome taking a 1,000-square-foot storefront at 485 Madison for its first U.S. outlet, or an indoor volleyball court signing in Long Island City — but you can say that we’re most intrigued by the Orchard lease.

The rebound in the office market has been largely due to younger and younger tech firms, according to a new Newmark report, and many of them have been headed Downtown to fill up the space that banks have been abandoning. Even if there weren’t vacancies thanks to the banks, a lot of developers like Wafra and Nightingale’s Elie Schwartz have been making big plans for office properties in FiDi. (Schwartz gave an in-depth interview to Commercial Observer this month about 111 Wall Street, his project with Wafra.)

Others, like Howard Hughes Corporation, have plans for even more redevelopment in Lower Manhattan, including housing (where the area is finally getting a needed influx of affordable units) at their property at 250 Water Street at the South Street Seaport. That is, if they don’t get tripped up by a non-stop zoning migraine.

Of course, not all of the tech activity has been confined to Lower Manhattan: Viam, a robotics startup, is taking 54,000 square feet at 1900 Broadway; fintech company iCapital Network doubled its footprint at One Grand Central Place; and Waldo (the mobile testing platform, not the cheeky cartoon character with glasses and a red-and-white-striped jersey) took a lease at The Breeze in East Williamsburg, Brooklyn.

Yes, we have a delta variant. Yes, we have supply chain issues. Yes, inflation is starting to look worrying.

But after years of bad news and erosion something good is happening in retail. Last month saw a 13.9 percent increase in U.S. retail sales compared with September 2020, according to a report from the U.S. Census Bureau. And total retail sales from July to September were up 14.9 percent compared with the same time last year, despite a summer slump.

That should give us some comfort, because a report by the New York Building Congress left us feeling a lot less positive about the general state of things. Despite a national skilled labor shortage, the report predicts that spending on construction in the city will drop by $1.5 billion, lowering the industry’s employment rate.

“With a long road to economic recovery ahead, the ever-present threats of climate change and infrastructure that’s crumbling, we need meaningful, immediate support from Washington,” Building Congress President Carlo Scissura said in a statement to CO.

South Florida also saw a lot of activity in the last week.

In Los Angeles, there was much more to talk about than simply the life sentence of Robert Durst (although that certainly is worthy of discussion): Worthe Real Estate Group and Invesco Real Estate doubled their $77 million 2016 purchase of 325 North Maple Drive in Beverly Hills, pocketing $153.2 million in their sale to IRA Capital.

And, in Washington, D.C., former President Donald Trump is apparently close to selling his hotel there for $370 million. (Although, we’ve been here before. We’ll believe it when he actually closes.)

Have a good rest of your weekend!