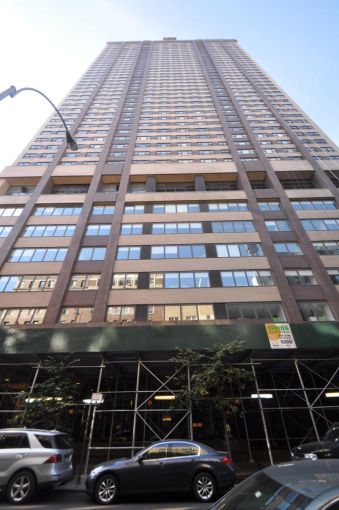 Viam signed a 10-year lease for the entire sixth floor of the 43-story building between West 63rd and West 64th streets, according to landlord Ogden CAP Properties. Asking rent was $65 per square foot.

The startup, which was founded last year, currently has its offices in a WeWork and plans to move to its new Lincoln Square digs by mid-2022, according to Ogden CAP Properties.

“This lease showcases the strength in the product we are offering at 1900 Broadway — a boutique office building, with large floor plates, spacious bright and airy spaces in an ideal neighborhood,” Ogden CAP’s Lester Schwalb said in a statement. “Viam clearly understood that this unique building was the perfect place to build their long-term offices and HQ.”

Viam is one of a flurry of younger technology, advertising, media and information (TAMI) firms expanding rapidly in Manhattan during the pandemic, helping the borough’s office market slowly rebound after a rough 18 months.

The average age of TAMI tenants taking space in Manhattan dropped to 13.2 years old during the pandemic from 16.4 years old in 2019, according to a report by Newmark. These youngsters have signed 567,000 square feet of deals so far in 2021, more than three times what they leased in 2019, and demand from them grew by 315 percentage points during the pandemic, the report found.

R New York’s Ephraim Setton and Troy Gordon represented Viam in its deal while Frank Doyle, Mitchell Konsker, Barbara Winter and Carlee Palmer of JLL handled it for the landlord. A JLL spokesperson declined to comment.

“The location is phenomenal,” Setton told CO. “The tenant is a very forward-thinking entrepreneur, [with] a very successful tech founder [Eliot Horowitz], and we’re very excited to be able to provide all the different solutions. This fits well for [Horowitz’s] long-term growth strategy.”