Amazon inked a 10-year deal for 300,000 square feet at Rentar Plaza in the Middle Village section of Queens 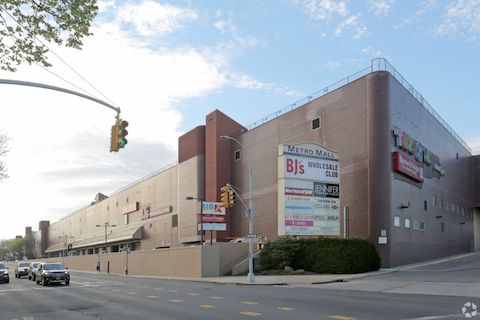 Amazon has leased yet another warehouse in New York City.

The City of New York, the complex’s largest tenant, also extended its 516,115-square-foot lease from an early 2021 expiration date through 2033. The city uses the space as a central storehouse for bulk supplies and archives, according to a spokesman for the Department of Citywide Administrative Services, which manages the warehouse.

The servicer on the $132 million loan backed by Rentar Plaza flagged the leases, which were first reported by The Real Deal.

The servicer’s commentary on the loan, which had been watchlisted amid an occupancy decline to 88%, noted that the deals effectively bring the property to fully occupied, according to Trepp. The building’s debt is split between three commercial mortgage-backed securities deals that were marketed between 2016 and 2017.

The 1.6-million-square-foot retail, office and industrial complex had some major vacancies last year after Toys “R” Us and Kmart abandoned their massive stores in its three-story mall. Kmart had 145,000 square feet, and Toys ‘R’ Us occupied 45,000 square feet. The landlord even sought approval from the local community board to add more loading docks to the development, in an effort to lease up the former big-box spaces. Locals drafted a petition for Target to take over the empty storefronts, but the retailer didn’t bite.

Rentar Plaza also has a number of other tenants, including a Funtopia USA amusement park for children, BJ’s Wholesale Club, Raymour & Flanigan and a training academy for the city Department of Correction.