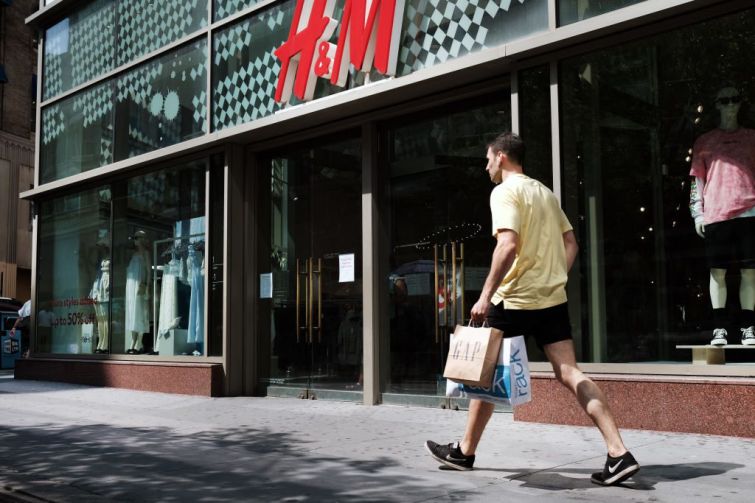 Retail sales in the United States continued to rise in September, even amidst supply chain issues and the spread of the delta variant.

Consumers dropped a total of $625.4 billion at retailers nationwide last month, a 0.7 percent increase compared with the revised $620.9 billion in sales for August, according to U.S. Census Bureau data released Friday.

September’s numbers also saw a 13.9 percent increase compared with September 2020, while total retail sales for July to September were up 14.9 percent versus the same time last year, even after seeing a summer slump, the data found.

Economists originally predicted a drop in sales for September, but the unexpected increase showed the “resilience” of U.S. consumers for shopping despite the supply chain issues impacting stock of products and concerns over the delta variant, said Morgan Stanley economist Robert Rosener.

“That resilience on the part of the consumer has led to what looks like a pretty seamless transition from spending on services back to spending on goods,” Rosener told Yahoo Finance. “You see underlying this that consumer sentiment may be dampened, but the resilience, the spending power and the fundamentals behind the consumer remain strong.”

Retail — already weathering a so-called “retail apocalypse” — was battered by the pandemic, leading to historic drops in sales, dozens of bankruptcies and tanking leasing.

However, the retail industry has slowly started to rebound. Leasing in Manhattan increased between June and September after eight consecutive quarters of decline, a new report from CBRE found.

The number of square feet leased rose to 1.6 million in the third quarter from 1.5 million in the second quarter of 2021, the first increase since 2019, the report determined. And things are looking up for the holidays.

A JLL survey shows that holiday spending will return to pre-pandemic levels this year, with shoppers anticipated to spend 25.4 percent more than the $694 per person they did last year. That should be driven by “revenge” shopping where consumers make up for lost time during the pandemic by buying more this year.

For September, sporting goods, hobby, musical instruments and bookstores saw the biggest increase in sales from August to September with a 3.7 percent increase, according to the Census Bureau. And food and drinking establishments — a major driving in retail leasing in Manhattan — also saw decent gains with a 0.3 percent bump from last month and a 29.5 percent improvement compared with 2020.

The only category to net a decrease in sales from August to September was electronics and appliance stores, which saw a 0.9 percent drop. However, those shops still had a 17.2 percent increase compared with last year.

Nicholas Rizz can be reached at nrizzi@commercialobserver.com.