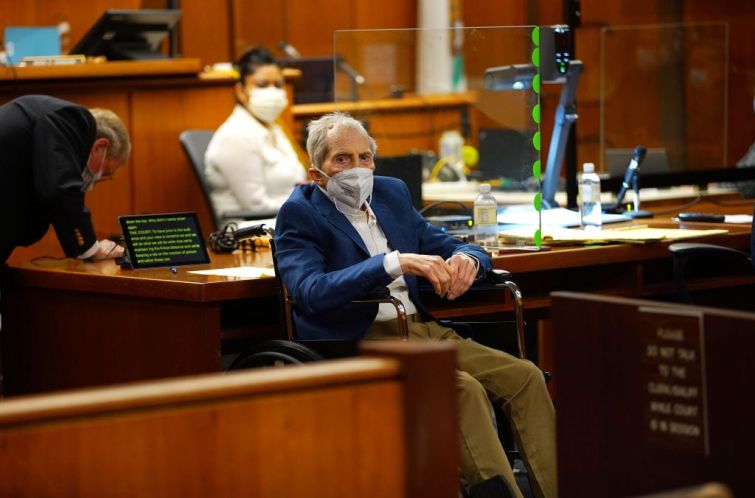 Robert Durst, troubled heir of the Durst family, was sentenced to life in prison on Thursday for the killing of a close friend in 2000, nearly 40 years after the disappearance of his wife.

The scion of the famed real estate family was found guilty in early September of the first-degree murder of his friend Susan Berman, as part of the coverup of another grisly murder. The 78-year-old will not be eligible for parole. The defense is expected to appeal, The New York Times reported.

Durst’s case made headlines like no other, being featured in a movie and an HBO documentary that included a seeming confession that Durst was recorded making. The 2015 series “The Jinx” was about the murders of Durst’s former wife, Kathleen McCormack Durst, and his neighbor, Morris Black. Durst was arrested shortly before the finale of “The Jinx” aired, but the trial was delayed by the coronavirus.

“The Jinx” chronicles the story of Durst’s wife’s mysterious disappearance in 1982. Her body was never recovered. The prosecution accused Durst of a cover-up for her murder, alleging that he killed his close friend Berman and later the elderly Black, who lived in the same apartment house as Durst while he was living in hiding, pretending to be a mute woman.

Durst admitted he killed and dismembered Black but was acquitted of the charge of murder in the 2003 case, claiming that he was acting in self-defense, despite the fact that he disappeared after Black’s death and was only caught after shoplifting a $6 sandwich.

The septuagenarian heir to a commercial real estate empire watched as his own younger brother, Douglas Durst, testified against him in June, saying he thought the elder Durst wanted to kill him.

Throughout the case, Durst’s lawyers have repeatedly sought a mistrial to no avail. Judge Mark Windham again denied that request during Durst’s sentencing, citing the “overwhelming evidence of guilt,” the Times reported.