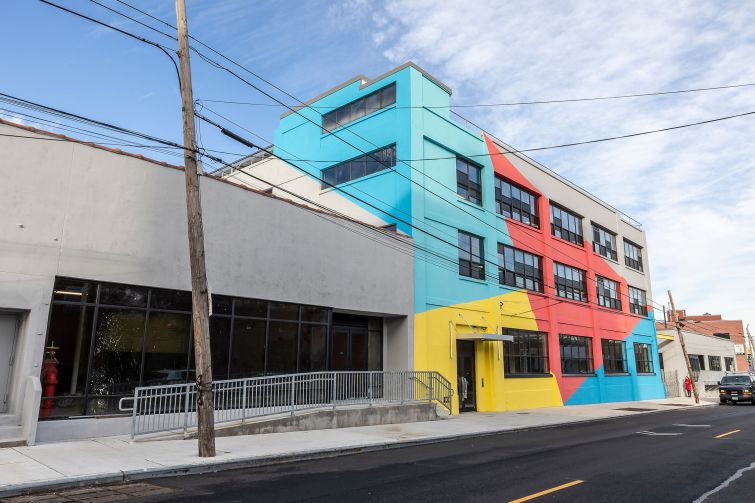 The exterior of The Breeze was painted in bright primary colors in an effort to connect with the surrounding murals and graffiti in East Williamsburg. PHOTO: Melissa Goodwin/For Commercial Observer

Waldo, a startup with a platform for testing mobile apps, has leased office space at Hudson Companies’ The Breeze, a warehouse-to-office conversion in East Williamsburg, Brooklyn.

The tech firm inked a five-year, 3,600-square-foot lease on the second floor of the 100,000-square-foot property at 315 Meserole Street, according to the landlord. Asking rent in the transaction was $39 a square foot.

Waller said in a statement that he was “thrilled to welcome Waldo to The Breeze with a newly designed space surrounded by other innovative businesses at the property.”

The company, which bills itself as the “world’s first no-code mobile testing platform,” aims to help mobile developers catch bugs before they launch their apps publicly. It is relocating from a smaller office in East Williamsburg.

“In three years, we’ve expanded our company, and, as we move into this new space, we can focus on new solutions to impact product creation for developers and create new jobs for our company,” said Amine Bellakrid, co-founder and CEO at Waldo, in prepared remarks.

Other tenants in the building include the Wandering Barman, a production facility and tasting room for bottled cocktails, digital branding agency Moving Image & Content, and two restaurants, Aura Cocina and Lohi.