Pace University will take over the entire 220,000-square-foot building, which will be known as 15 Beekman Street, to add classrooms, dorms, a library and a learning center. 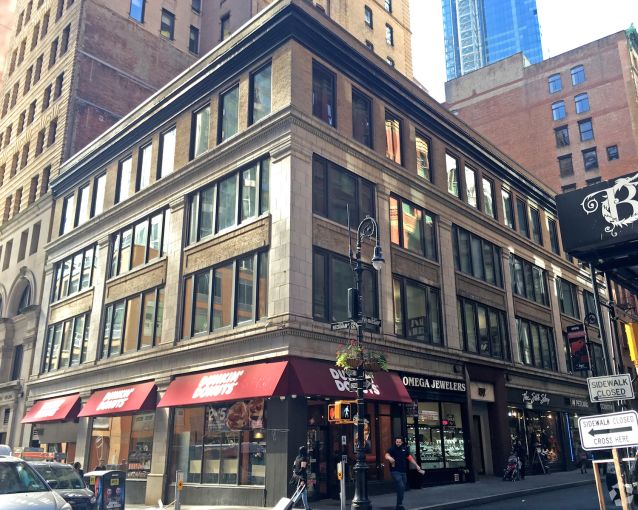 The college acquired a 30-year leasehold condominium for the entire 215,000-square-foot development at 126-132 Nassau Street, which will be known as 15 Beekman Street, to add classrooms, dorms, a library, a dining facility and a learning center to its downtown campus, according to Newmark Knight Frank, which represented Pace in the deal. The new building is adjacent to Pace’s property at 41 Park Row.

Spokespeople for NKF and SL Green declined to provide the price Pace paid to acquire the leasehold.

On Monday, SL Green announced that it entered into a 99-year ground lease for 126-132 Nassau Street with plans to demolish the existing 98,412-square-foot office building on the site and build a new as-of-right tower. The developer said it already secured a tenant for the entire property, but did not say who it was.

“Lower Manhattan has become a global destination, serving as a hub of commercial, residential and retail activity, and we’re confident this development will build upon the momentum that downtown continues to enjoy,” Brett Herschenfeld, a managing director of SL Green, said in a statement on Monday.

Pace plans to essentially replace its 50-year-old tower at One Pace Plaza East — which it said needs “extensive renovations and upgrades” — with the 15 Beekman Street property and sell the unused development rights of One Pace Plaza East, according to its website.

The 15 Beekman Street development will be the third property SL Green built for Pace in the neighborhood. The developer previously built dorm buildings at 33 Beekman Street in 2015 and 180 Broadway in 2013, as CO previously reported.