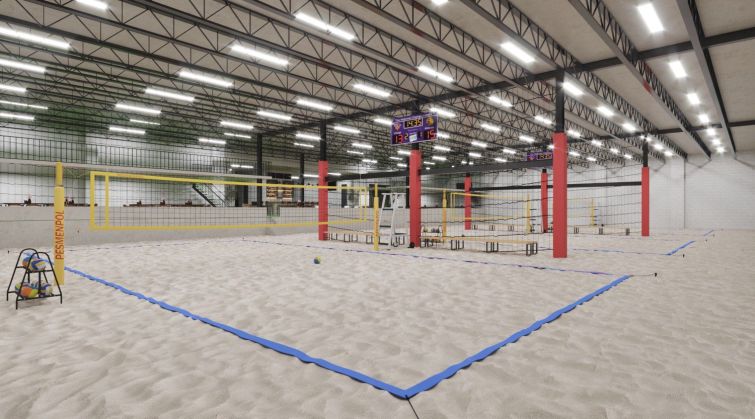 Don’t put away your speedos yet, New York City.

“Long Island City offers a lot of interesting opportunities,” Leon Dubov, founder of QBK Sports, told Commercial Observer. “First of all, the neighborhood is seeing a decent amount of development. This particular location is very close to several subway lines. There are very few locations that offer this combination of square footage, ceiling height and the proper column configuration.”

Equipped with three sand courts, lounge, full bar and restaurant, QBK Sports will offer leagues, clinics and programming for players. The venue plans to open by the end of the year, and will be in operation all year round.

Leon closed on the deal for his new Queens space in August, after founding his company earlier this year. He’s hoping to begin construction soon after acquiring the appropriate permits from the city.

The long-term lease for the ground-floor warehouse space comes with 22-foot ceilings and is owned by JX Holdings. The firm paid Terry Tang $10.3 million for the building in 2020, according to property records.

Greiner-Maltz Real Estate’s Tomas Shleiwet and Ryan Maltz handled the lease for the landlord. ​​​​​​​TerraCRG’s Peter Schubert represented the tenant in the transaction.​ The brokers on did not immediately respond to requests for comment on the terms of the deal.