Why the Construction Labor Shortage Is Only Going to Get Worse 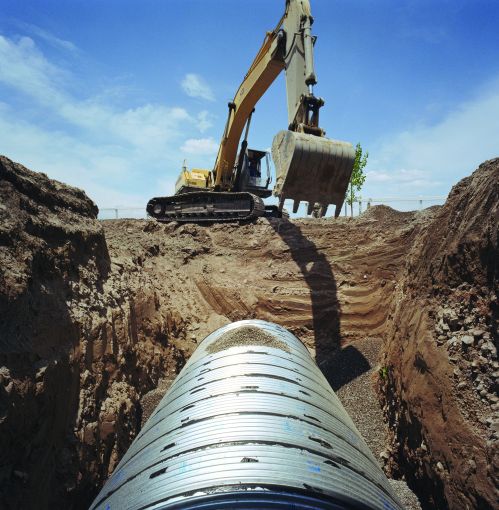 A construction labor shortage that has been growing since the Great Recession has reached historic highs during the pandemic. Now, with many construction workers refusing to get vaccinated, staffing projects has gotten even more challenging in places like New York. Photo: Getty Images

As homebuying reaches a fevered pitch across the U.S., contractors in New York and several other states are facing the most severe shortage of skilled construction labor since the Great Recession.

Nationwide, 92 percent of contractors say they have had “moderate to high levels of difficulty” finding skilled workers, according to the U.S. Chamber of Commerce’s quarterly construction report released Sept. 22. More contractors are struggling to hire skilled labor than at any time in the past year, the chamber’s data shows, and 93 percent expect the construction labor shortage to remain the same or get worse over the next six months.

Nearly three-quarters (73 percent) of contractors also found it challenging to meet project deadlines in the third quarter of this year, up from 56 percent last quarter. Seventy-one percent said they were asking skilled laborers to take on more work, and more than 40 percent reported turning down work because they couldn’t hire enough tradespeople.

“In this industry, regardless of your trade affiliation, the labor shortage is the biggest thing that’s keeping you up at night,” said Brian Sampson, head of the New York chapter of open shop contractor group Associated Builders and Contractors. “Material prices and the ability to get materials will eventually even out, but the labor shortage will continue for quite some time and prevent contractors from delivering projects on time and on budget.”

The pandemic has exacerbated a shortage across all kinds of construction jobs, including project managers, general laborers, and skilled workers like electricians, welders and carpenters.

“It’s a real concern from every contractor we talk to,” said Mike Elmendorf, who leads the New York arm of Associated General Contractors of America (AGC). “We have 100 percent strictly union contractors, 100 percent open shop, and lots of people who are in between. It’s an issue at every level of the industry — even on the engineering side, even with truck drivers.”

He pointed out that employment in the skilled construction trades had declined during the 2008 recession and never quite recovered. The pandemic has only worsened the long-term trends that have been affecting the industry for 15 years.

“We lost a lot of people in the industry because of the fallout of the recession,” Elmendorf said. “There was recovery, but there were people who left the construction workforce who did not return. A lot of people that were older retired, and we never caught back up.”

And, compared to people in other industries, construction workers are also among the most hesitant to get vaccinated. Thirty-eight percent of the construction labor force says it’s nervous about getting a coronavirus vaccine, CPWR reports, compared to 15.6 percent of workers in all other occupations. Of those who are concerned about the vaccine, 58 percent say they are worried about the side effects, 53 percent say they distrust the government, and 33 percent feel the vaccine is ineffective.

“You have contractors that are already scrambling to staff projects, and now they have parts of their workforce that can’t work,” Elmendorf said. “There are some contractors that that’s all they do, they work for the NYC School Construction Authority. If you can’t bring an unvaccinated contractor to that job, you have an even bigger workforce problem.”

The number of unfilled construction jobs nationwide — 321,000 in July — is near its highest level in 20 years, according to Bureau of Labor Statistics (BLS) data. Ken Simonson, AGC’s chief economist, said that many lower-paid workers are departing the industry for less physically demanding and more flexible jobs that offer comparable pay.

“One of the things construction is facing at the entry level is that if other jobs are paying wages of $15 to $17 an hour with bonuses, suddenly a construction firm that is paying $19 to $20 an hour doesn’t seem as attractive,” Simonson said.

And there are 1.5 million Americans who had to drop out of the workforce for pandemic-related reasons, according to the BLS’ August data. That’s another significant factor in the construction industry’s inability to fill jobs.

“Necessity has forced them to drop out of the workforce,  either because they have lingering COVID or there is someone else they have to take care of,” Simonson said. “The overall share of the population that is either working or looking for work has gone down significantly.”

Only 11 states saw increases in construction employment from February 2020 to August 2021, while the rest of the country suffered, said Simonson. States that gained population during the pandemic — including Idaho, Arizona, Utah and South Dakota — added construction jobs, while pricier states like New York lost both population and jobs.

Still, there was one construction trade group that claimed its members weren’t having trouble staffing jobs.

“In the union construction industry, we have not been experiencing that shortage of labor,” said Lou Coletti, who represents New York contractors with a largely union workforce as president of the Building Trades Employers’ Association. “I hear on the non-union side they have been experiencing that. Their pay and benefits aren’t as substantial, so when the federal government was providing unemployment insurance, many of them were making more money off that than working.”

Coletti also says that his side of the construction industry is ready to staff new jobs that will materialize if federal legislators pass a $1 trillion infrastructure spending package. The package — which includes $110 billion in spending on roads, bridges and other projects — was stalled in Congress as of Oct. 1, when Commercial Observer went to press. Estimates vary, but the package that President Joe Biden backs could create at least 650,000 jobs in the short term, many of them in construction.

“If the infrastructure package passes, the union contractors will be able to fill the demand for those positions because we have institutional structures; we can get people and train them,” Coletti said. “We have lists of people who are anxious to get into our apprenticeship programs; they’re much like civil service lists, because people want a union construction job.”