Sunday Summary: Biden to US: Look, This Isn’t Funny Anymore 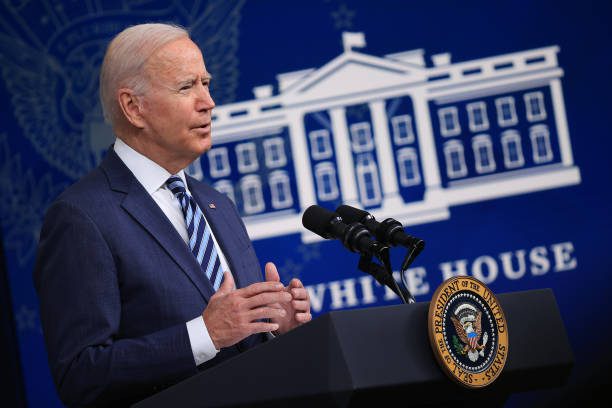 Without much ceremony, the Labor Day deadline (which was when everyone was supposed to go back to the office) came and went. And many are still stuck working from home.

We would be lying if we didn’t admit that we (like everyone else) are immensely disappointed. But COVID-19 continues to ravage the nation, and a significant (and impactful) number of Americans are not budging when it comes to vaccination.

This week, President Biden decided to up the stakes: On Thursday he announced that all companies with more than 100 workers needed to require vaccination or weekly testing, along with mandatory vaccination for health care workers and federal contractors. If successful, this would get two-thirds of the U.S. workforce vaccinated, as per The New York Times.

In New York, however, the plans to require vaccination or weekly negative COVID tests got a delay. Gov. Hochul pushed back the deadline for 130,000 state workers from early September to Oct. 12.

There are few names that are more high-profile in the world of New York brokers (scratch that: worldwide brokers) than that of Darcy Stacom.

The “queen of skyscrapers,” as she’s often referred to, has racked up some $60 billion in sales with her name on some of the most iconic deals in Gotham.

These facts didn’t save her from a pretty bad week. Insider published an account of life in Stacom’s office that accused her of heaving a stapler and a paper holder at employees, as well as berating and belittling employees, and trying to get recalcitrant ones fired.

In the wake of this, colleagues like Rob Speyer and Wendy Silverstein rallied to her defense and Stacom sent out an apology email to staff. “I appreciate that at high-intensity times I may not have handled every situation the way I would want and offended some people,” Stacom wrote in the email. “For that I apologize. I also recognize that, like any leader, I am continually learning and seeking to improve how I manage people.”

Stacom also noted in her email that the accusations in the Insider piece are “allegations of behavior that are simply not leveled at men.”

And there’s some truth in this: Editors and reporters at CO have been on the receiving end of full-throated meltdowns by more angry brokers and landlords than we’d care to recall, most of them men. (Still, two wrongs don’t make a right.)

The Times reported that Macklowe’s $600 million art collection was being put on the auction block by Sotheby’s. This is something that was always in the cards for the real estate legend when it was announced that he was acrimoniously divorcing his wife after some 57 years of marriage.

It was not a great week for ABC Carpet & Home. They filed for bankruptcy. But that doesn’t mean that the retailer will close; a group of investors are pushing for a binding bid on the company.

Finally, Brookfield also didn’t have a great week. They agreed to sell their retail condo at 530 Fifth Avenue to Edmond M. Safra and Aurora Capital for $192 million, taking a $100 million hit from when the property last traded hands in 2014.

But others had a good week!

It was a particularly good week if you were Columbia Property Trust. Investment manager PIMCO agreed to buy the REIT for $3.9 billion — something the Columbia board unanimously accepted.

This must have felt especially good, because back in March, Arkhouse Partners, the Sapir Organization and 8F Investment Partners were making a serious effort to buy the REIT for $2.24 billion.

It was good if you were the Rabsky Group, too. The developer nabbed $450 million from Madison Realty Capital to help them finish their mixed-use colossus, 625 Fulton Street in Downtown Brooklyn, which will be 35 stories and contain 1,098 units when complete.

It was good if you like nibbling on sponge cake, watching the sun bake or seeing all of those tourists covered with oil. TPI Hospitality secured a $104 million construction loan from Peachtree Hotel Group to finish the Margaritaville Resort in Fort Myers Beach, Fla.

And, speaking of Florida, it was a very good week for Miami, which saw Microsoft lend the Magic City some serious tech cred when they grabbed 50,000 square feet at 830 Brickell.

I know it was you, Reuben.

Late last month, Vornado announced that it was unloading five retail properties, but in typical Vornado we’re-not-telling-you-more-than-absolutely-required fashion, nobody knew who the buyers were.

Well, last week, CO figured out that Reuben Brothers, the private equity firm, was the buyer of three of them: 677, 759 and 828 Madison Avenue.

And the buyers of the other two properties were also unmasked this week: a joint venture of ​​KPG Funds and LaSalle.

Finally, yesterday was the 20th anniversary of 9/11. The date was profoundly important in the early years after the worst attack in American history, but its salience seemed to ebb every year thereafter. However, reaching the 20th anniversary, it felt profound again and all the emotions of the day came flooding back.

We remembered the figures who played a role, be it Larry Silverstein or Thornton Tomasetti’s Tom Scarangello. We took stock of how the rebuilding of the World Trade Center site proceeded. We remembered how we girded ourselves against future attack. We looked for meaning and spiritual sustenance. We asked what this momentous historical event means to the youngest adult generation that were still in their infancy when it happened.

If you haven’t yet, we invite you to look over our 9/11 coverage this Sunday.