Vornado to Sell Off 5 Struggling Manhattan Retail Buildings for $185M 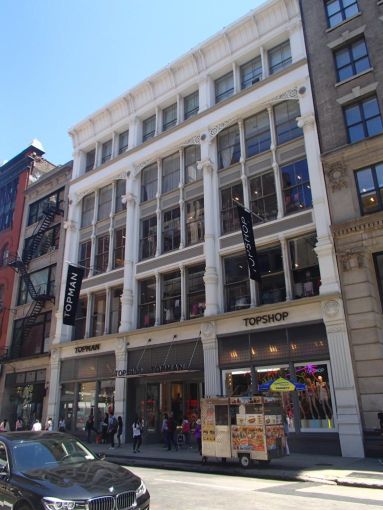 On the Upper East Side, Vornado has entered into contract to sell 677, 759 and 828 Madison Avenue, all of which are located in the East 60s. In SoHo, it is selling 478 Broadway, a landmarked cast-iron loft building with retail and two apartments between Broome and Grand streets, and the retail portion of a commercial condo building at 155 Spring Street, between West Broadway and Wooster Street.

The real estate investment trust did not disclose the buyer of the buildings. However, it did say that the properties have negative income, and their retail portions are only 30 percent leased. The sales are expected to generate a loss of $7 million on Vornado’s balance sheet.

The Madison Avenue sales are expected to close in the third quarter of this year, while the sale of the SoHo properties is expected to be complete in the first quarter of 2022.

Vornado also recently shuttered Manhattan’s last-remaining Kmart at Astor Place at 770 Broadway, which will now become a Wegmans grocery store. The borough’s other Kmart, on West 34th Street near Penn Station, closed its doors in May 2020 at Vornado’s One Penn Plaza.