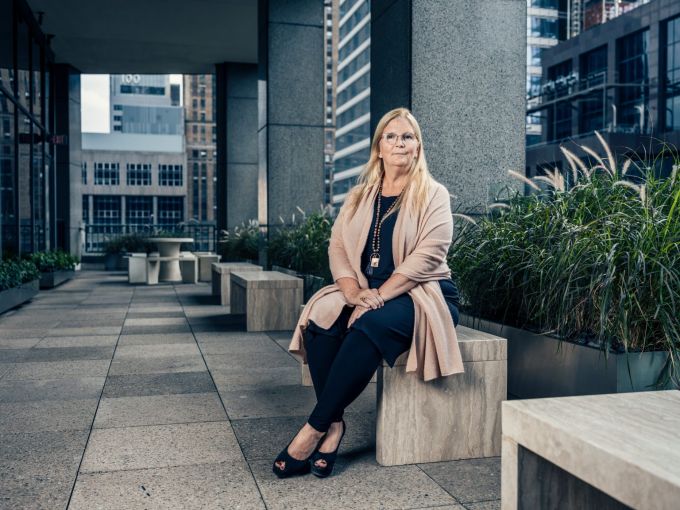 CBRE’s top investment sales broker, Darcy Stacom, has been accused by 11 former employees of abusive behavior — ranging from humiliating staffers to flinging objects at them — and CBRE has been scrambling to undo the damage.

Stacom — known as the “Queen of Skyscrapers” for her billion-dollar volume of commercial real estate sales — allegedly threw a stapler towards an employee and chucked a metal paper holder across a corridor, sources told Business Insider.

CBRE reportedly did not discipline Stacom for the incidents, even after its human resources team determined that Stacom threw the paper holder. Two people told Insider, which spoke to 11 former employees total, that they filed internal complaints against Stacom, but the brokerage was hesitant to discipline her given her status in the industry.

A spokesperson for CBRE told Insider that it was inappropriate to focus on Stacom, a woman, and her behavior when the real estate business as a whole has a reputation for regular inappropriate behavior by male professionals.

Former employees at the brokerage told Insider that Stacom denied throwing the paper holder and tried to get a witness to the incident to change their story. She reportedly also attempted to get a support staffer, the reason for her outburst, fired after the event, which allegedly occurred in June 2018.

Stacom also allegedly extended her abuse beyond her team, reportedly berating a florist visiting Stacom’s office at 200 Park Avenue to service a plant.

“Are you an idiot? … You’d have to be an idiot because you have no taste,” Stacom allegedly said, per Insider. “You have no talent. No wonder you’re in New Jersey.”

Stacom apologized for her behavior in an email to staff members obtained by CO after Insider sought comment on the incidents, but wrote that the events were “taken wholly out of context” and that there was a double standard employed against successful women.

“I appreciate that at high-intensity times I may not have handled every situation the way I would want and offended some people,” Stacom wrote in the email. “For that I apologize. I also recognize that, like any leader, I am continually learning and seeking to improve how I manage people.”

The email also criticizes the Insider article for being based on anonymous sources, calling the accusations “allegations of behavior that are simply not leveled at men.”

One of Stacom’s 20-plus staffers said that the email reflected how much Stacom cares about her team. CBRE’s Alana Bassen, vice president at the investment properties institutional group in New York, who spoke to CO as part of CBRE’s damage control efforts, said that she had been grateful to work for Stacom since 2017 when she started at the brokerage.

“Darcy has always been a great boss,” Bassen said. “She’s been both a great boss and mentor to me. I learned so much from her every single day.”

Bassen said she did not personally witness Stacom throw items at staffers, though two of the incidents — when Stacom allegedly threw a stapler and cell phone at an employee — occurred before Bassen joined the firm. As for the times when Stacom allegedly hurled a paper holder across a corridor and yelled at a florist, Bassen said she didn’t see either happen, and added that she has never been uncomfortable working for Stacom.

Stacom has raised her voice, said Bassen, but within the bounds of what is required by a high-pressure work environment. Stacom speaking loudly may have been taken differently than if a male executive were to do so, Bassen added.

Commercial real estate has historically been a male-dominated, high-intensity profession known for inappropriate behavior like drug use and harassment, often towards the few women that make up commercial brokerage firms’ ranks.

Stacom is one of the few women to have made it to a high-ranking position in the industry. She has brokered deals in the billions over a 40-year career, including recently representing CBS in a $760 million deal to sell 51 West 52nd Street, brokering the $2.8 billion sale of the General Motors Building in 2008, and the 2015 sale of the Helmsley Building at 230 Park Avenue for $1.2 billion.

Stacom had her defenders outside of CBRE, too. As part of the damage control, Rob Speyer issued a statement describing Stacom as an “outstanding dealmaker and consummate professional,” and Wendy Silverstein told CO she never saw Stacom act inappropriately. (Both apparently reached out to Stacom independently to offer to speak on her behalf.)

Silverstein, a former Vornado Realty Trust executive and now one of the heads of Silver Eagle Advisory Group, has hired Stacom as an adviser on sales and worked with her for more than a decade. She said that she had never seen Stacom behave unprofessionally with her clients, summer interns, or her team during the meetings Silverstein and Stacom have had.

“I think that there’s enough people who are not happy or comfortable about seeing a woman … at the top of the heap at what she does,” Silverstein told CO. “I don’t think it’s true. And I don’t think that if it is true in any way, shape or form, it’s certainly not unique to Darcy.”

The New York real estate industry is an intense field, said Silverstein. Speaking about the industry at large, Silverstein added that while people should work to keep their emotions in check, the industry “is what it is.”

“If somebody is going to try to tell me that there’s no man that’s ever actually done, or been accused of doing, these sorts of things, I would laugh out loud,” Silverstein said. “It is what it is. So that’s why it’s not worth talking about.”

Stacom did not respond to a request for comment.