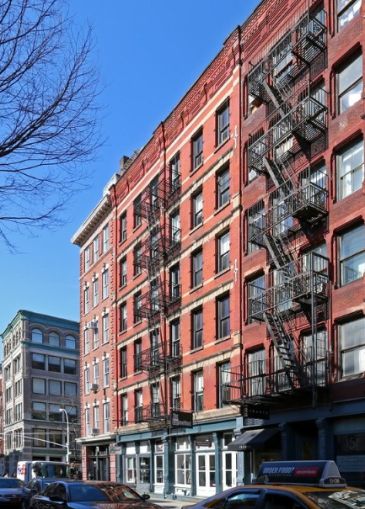 Vornado announced last week it was selling the SoHo properties along with 77, 759 and 828 Madison Avenue, which were bought by ​​the Reuben Brothers, for a total of $185 million, a $7 million loss, Commercial Observer reported.

Vornado did not disclose the buyer, and The Real Deal first reported that KPG purchased the SoHo assets. A source told CO that the buyers were both LaSalle and KPG, and LaSalle’s inclusion in the transaction is what ultimately got it across the finish line.

KPG and LaSalle are currently seeking financing for the deal, looking for five-year, non-recourse loan proposals for each building to close in the fourth quarter of 2021, according to a source familiar with the deal.

The three Madison Avenue and two SoHo properties — the retail portion of 155 Spring Street, a commercial condo building between West Broadway and Wooster Street, and a cast-iron loft at 478 Broadway between Broome and Grand streets — have negative income, Vornado previously said. Taken together, their retail portions are only 30 percent leased, though 155 Spring Street is 95 percent leased, according to marketing materials shared with CO.

When asked if KPG had purchased the SoHo properties on Sept. 3, KPG co-founder and CEO Gregory Kraut told CO that the firm was not acquiring the two assets.

Representatives for Vornado, LaSalle and KPG Funds did not immediately respond to requests for comment on Friday.