The luxury furniture brand got an acquisition bid from a group of investors. 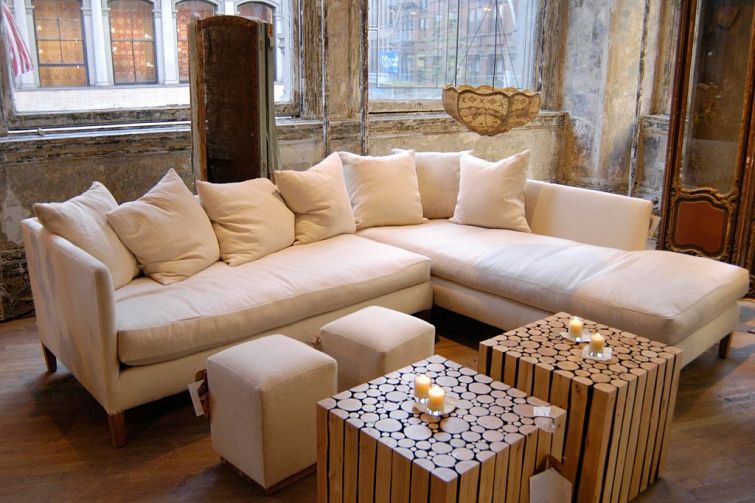 Luxury home goods retailer ABC Carpet & Home filed for bankruptcy on Wednesday, with a group of investors making a binding bid for the company.

The more-than-a-century-old, New York home furnishing purveyor, hit hard by the pandemic and real estate problems, sought Chapter 11 protection in the U.S. Bankruptcy Court in the Southern District of New York after it was unable to pay its bills. It listed assets of up to $50 million, and as much as $100 million of liabilities, in its petition.

The retailer’s lender, 888 Capital Partners, a group of investors involved in the consumer products and home furnishings industries, agreed to lend ABC $5.7 million to pay vendors, suppliers and employees and fund the bankruptcy process, according to court documents.

The lender also entered into a stalking-horse bid ahead of the company’s bankruptcy auction, which sets the floor for further bids on the retailer. If ABC doesn’t receive any better offers, 888 Capital Partners would take ownership of the business in exchange for forgiving the bankruptcy loan and $8.7 million of pre-bankruptcy debt, Bloomberg reported.

A representative for ABC declined to comment on the bid amount and the financing.

The bankruptcy filing comes after an offer last year from private equity firm MHR Fund Management to acquire ABC fell through in April, Bloomberg reported. The company was facing a hostile takeover by its lenders last month, after seeing its in-person sales dry up during the coronavirus pandemic.

ABC was developing an online sales platform when the pandemic hit, which was unprepared for the shift towards online shopping as New York City closed down and affluent locals fled for safer pastures. From the start of this year through July 31, ABC sold about $25.5 million worth of goods, a 50 percent drop compared to the same period in 2018, Bloomberg reported.

“We have worked to navigate the challenges of the last year, including fulfillment issues due to COVID-related supply chain shortages and production delays, and we are pleased to have now identified a strategic investment partner that is well positioned to provide ABC Carpet & Home with a pathway to long-term success,” ABC CEO Aaron Rose said in a statement.

ABC has had a strong physical retail presence in New York City since its founding in the 1800s, when Samuel Weinrib, an Austrian immigrant, started the business with a pushcart on Manhattan’s Lower East Side, which grew into a high-end shop for affluent New Yorkers, Bloomberg reported.

ABC holds its headquarters at 888 Broadway, between East 18th and East 19th streets in the Flatiron District, and occupies 78,000 square feet in Building 19 of Industry City in Sunset Park, Brooklyn, Commercial Observer reported.

The home goods retailer expects its business to continue as usual while the court looks over its business. ABC also operates a popular restaurant business, including ABC Kitchen, which has not filed for Chapter 11 and will not be affected by a sale.

B. Riley Securities’ Perry Mandarino is facilitating the sale, with Greenberg Traurig’s Oscar Pinkas and Ari Newman serving as counsel to the retailer. Robinson Brog’s Fred Ringel and Adam Greene are serving as counsel to 888 Capital Partners, and BRG is acting as financial advisor to the lender.

888 Capital Partners did not immediately respond to a request for comment.