More are adopting an Alec Baldwin-like approach of, 'Get vaccinated. Or you're fired.' 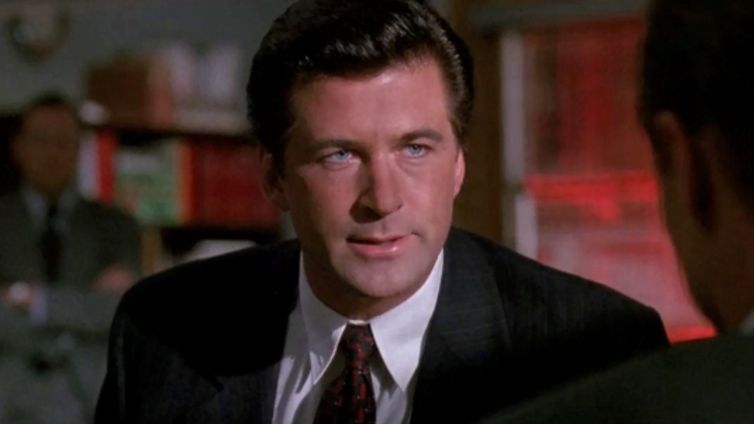 A year ago, it never really occurred to us that after a catastrophic economic shutdown, hundreds of thousands of deaths, and a heroic effort by the scientific community to churn out a shield in record time, America would be blessed with remarkably effective COVID vaccines but cursed with a significant minority of Americans who would refuse to take them.

However, that appears to be the twisted truth. Business leaders were prepping for a summer of joy, an end to the lockdowns, a return to work, and everything else, but the recovery is instead looking like it’s being slowly and tragically undermined.

After months of companies and landlords waiting for their fellow Americans to see the light of their own accord (and relying on the honor system about taking safety precautions), The Durst Organization has apparently had enough.

In a directive apparently issued last month, but made public this week, the family real estate firm didn’t mince words: Get the vaccine, or you’re fired. Alec Baldwin himself couldn’t have said it with greater simplicity.

Durst isn’t the only company adopting a mess-around-and-find-out posture about vaccines. (We’re a family publication, but you can guess what the word “mess” is a euphemism for.)

Google pushed back its return to office to October, but is also mandating vaccination for workers. And Danny Meyer has extended a company policy not just to employees, but also to customers.

“If you really want to go unvaccinated, you can dine somewhere else, and you can also go work somewhere else,” Meyer said on CNN. Very strong. (However, Meyer lost his nerve when it came to his biggest cash cow. “Shake Shack will make whatever appropriate decision it is going to make at the appropriate time,” he also said.)

This attitude seems to be penetrating the government sector, too. On Monday, Mayor de Blasio announced that New York City was requiring all 340,000 city workers (including cops, firefighters and teachers) to be vaccinated by mid-September, or to submit to weekly testing.

In Los Angeles, local lawmakers are preparing legislation mandating that all city workers get vaccinated and report their status to the city.

And mask mandates are back. Even in Florida, which has had a more lax attitude toward COVID-19 since the beginning of the crisis, Miami-Dade Mayor Daniella Levine Cava issued a mask mandate on Thursday for all indoor county facilities. And, in Orange County (home to Disney World), Mayor Jerry Demings ordered all 4,200 non-union county employees to be fully vaccinated by the end of September.

All this has forced contractors, building trade officials and union leaders to grapple with how to nudge their vaccine-skeptical workers to go ahead and get the jab. And, perhaps, this is the most effective route.

“This is a public health problem and it’s the government that ultimately has to deal with it, with a public mandate,” Kathryn Wylde, president and CEO of the Partnership for New York City, told Commercial Observer. “Employers are doing everything they can — including, where possible, vaccine mandates — but there’s only so far they can go without disrupting their workplace and discouraging people from coming back.”

Does that mean no deals?

Despite this shadow over the country and the market, there’s actually quite a lot of long-term optimism about the future, if people’s real estate decisions mean anything.

According to a new report by TerraCRG, investment sales in Brooklyn jumped a whopping 58 percent in the second quarter from the first quarter, doing $1.06 billion in sales. This comes with a pair of caveats: The first quarter was a trainwreck. And this number is still 23 percent lower than it was in the second quarter of 2020. But it still represents significant progress.

Moreover, the evidence seems to be piling up every day that this is also the case in Manhattan, too. Isaac and Eli Chetrit just shelled out $200 million for a stake in a 60-building multifamily portfolio of buildings that stretches from Hell’s Kitchen all the way up to Morningside Heights from Black Spruce Management.

Even hospitality is no longer playing the wallflower. The Lightstone Group landed a $130 million construction loan on their new 303-key Moxy Hotel on the Bowery.

We certainly saw evidence that the old-school mega-lease was alive and well, with the 400,000-square-foot renewal that Fried Frank just signed at Brookfield’s One New York Plaza. Plus, The Carlyle Group made its fourth expansion at One Vanderbilt, grabbing an additional 33,924 square feet.

And there were other exciting leases that tickled the fancy of New Yorkers. Wegmans, the Rochester-based supermarket (with an extremely devoted upstate following) that opened its first New York City location in Brooklyn’s Navy Yard in 2019, is apparently going for seconds in the former Kmart at Astor Place in 2023. The executive recruitment platform, True, took 18,000 square feet at Hudson Commons, and Snow Phipps took 10,000 square feet at 545 Madison Avenue.

Plus, some of the shrewd restaurant operators are thinking seriously about how to feed this returning workforce. Steve Kamali launched a Kitchclub, which is essentially a new gourmet delivery service. (As for the fast-casual spots that were previously the lifeblood of the Midtown office worker? They’re changing, but not going extinct.)

It should be noted, the optimism isn’t a New York phenomenon: In Los Angeles, CBRE found that multifamily occupancy (and rents) are rebounding incredibly well. Rents are surpassing pre-pandemic levels and the second-quarter absorption rate was the best since 2019.

And commerce is certainly calling in Florida. Former CO publisher (and son-in-law of former President Donald Trump) Jared Kushner is opening a new investment firm called Affinity Partners in Miami. And, Related Companies shelled out $20 million for a former church in West Palm Beach, where they’re planning on putting up a 25-story office/retail tower designed by David Childs.

Last week saw a number of earnings calls, and the message there was also positive.

Empire State Realty Trust reported 35 leases signed in the last quarter. (Much of the call revolved around GBG USA, the North American arm of their tenant, Global Brands Group, declaring bankruptcy. But, that also doesn’t sound like the worst news for ESRT.  “Of GBG’s current 353,000 square feet under lease, 162,000 square feet of space … has been sublet for several years,” said ESRT’s Christina Chiu on the call. “The sublet fees … pay a higher rent than GBG’s space rent, and, as per the terms of that sublet, that rent will now be paid directly to ESRT.”)

And Boston Properties is making a $465 million play for Safeco Plaza in Seattle.

Perhaps a necessary counterweight to the optimism has been the amount of industrial activity we’re also seeing.

According to a new report by Lee & Associates of Maryland, there were 3 million square feet of industrial leases in the Baltimore area last quarter.

And the leases were happening last week, too. Everyone’s old standby, Amazon, signed a 202,000-square-foot lease for a distribution center in Ventura County. And, in Miami, Carbel, a warehouse distributor, locked down 360,000 square feet at First Park Miami.

We, at CO, have given a lot of attention to WeWork founder Adam Neumann over the last few years and the cash that he has managed to raise for his coworking company.

Despite the millions of words written about WeWork since its inception, how the founder achieved his Svengali-like hold over some of the biggest names in finance has deeper origins that predate the dark side’s apparent seduction of Neumann. (Or, was he always on the dark side? No matter.)

The Wall Street Journal’s Maureen Farrell and (CO alum) Eliot Brown painted, perhaps, the most comprehensive portrait yet of the founder and former CEO in their book, “The Cult of We.” And CO got an excerpt about Neumann’s origin story in the baby clothes business. Perfect Sunday reading!