How Companies Are Figuring Out Who’s Been Vaccinated

The approaches of some New York-based firms underscore the challenges 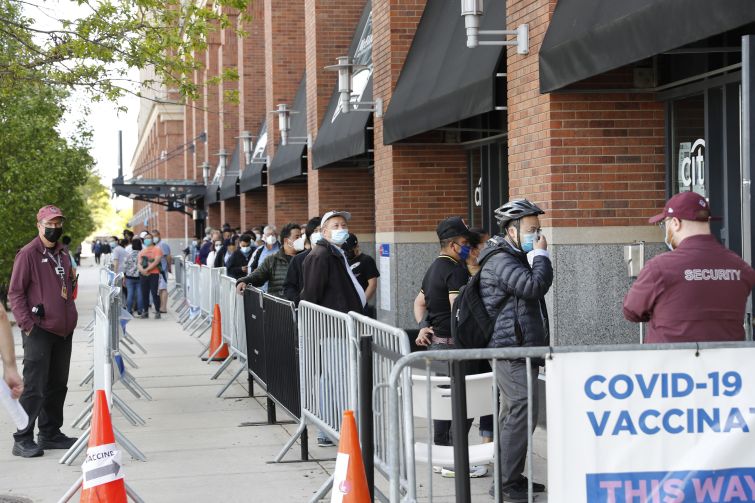 However illogical, there is still a sizable segment of the workforce that will not get vaccinated. And companies, even those publicly taking a hard line, are reluctant to lower the boom on those who refuse to follow the herd to herd immunity.

At least, not yet.

The freshet of employees returning to the workplace this summer, and especially this fall, is creating a conundrum for companies. It raises thorny questions about how far to go in ascertaining who’s been vaccinated and who hasn’t, and whether to do that in the first place. Then, there is the issue of deciding who can continue working remotely.

At least from a legal perspective, companies can ask whether workers are vaccinated; they even can even ask that workers get vaccinated.

In a late May directive, the U.S. Equal Employment Opportunity Commission said that employers can require vaccinations of employees physically entering the workplace, so long as they comply with the reasonable accommodations provisions in the Americans With Disabilities Act and Title VII of the U.S. Civil Rights Act. Federal law does not prevent companies from offering incentives to make their employees more compliant.

The letter of the law, though, still leaves it to firms to figure out how to track that compliance. Enter the return-to-work directive, a now familiar feature of office-based employment. A couple of prominent New York-based examples underscore how these now work.

Morgan Stanley, the global investment bank headquartered at 1585 Broadway in Times Square with close to 71,000 employees worldwide, made global news last month, when its chairman and chief executive, James Gorman, all but dictated that New York employees must return to their desks by September. By this week, too, employees, contractors and clients visiting their offices must be fully vaccinated.

Upon closer examination, it’s not so cut and dry. Those people coming into 1585 Broadway and Morgan Stanley’s other New York locations, which include 1633 Broadway and 1 New York Plaza downtown, are on the honor system, according to a person familiar with the bank’s policy who asked not to be identified.

The purpose is to enable the bank to lift mask and social distancing requirements, while also keeping the need for cleanliness and spacing in mind, the person said.

And Gorman, in an interview available to view on the company’s website, said he expects the 90 percent number to rise to 98 or 99 percent in short order.

As for the few who refuse? “We’ll deal with those who for health or religious reasons or whatever, maybe they can’t or they won’t,” Gorman said. “We’ll deal with that when we get there. Right now, we are focused on the 98 percent, not the 1 or 2 percent.”

“Let’s not be dictatorial,” he added. But, he also said he is concerned about a few who might view the company’s flexibility as an excuse for slacking.

“You want to get paid New York rates, you work in New York,” Gorman said, in what’s now one of the most cited excerpts in the return-to-office story. “None of this ‘you live in Colorado, but you get paid like you’re sitting in New York City.’ Sorry. That doesn’t work. I would call it directionally very strong without dictating … yet. But, Labor Day, I will be very disappointed if people haven’t found their way into the office. And, then, we’ll have a different kind of conversation.”

Gorman stressed that the policy is not worldwide, and is based on the facts on the ground in each market. For example, in India, where the disease is running rampant and Morgan Stanley has about 2,000 employees, per Gorman, no one is being made to come back to the office. “That’s not a 2021 issue,” he said.

At BlackRock, the world’s largest asset manager, with about 16,500 employees worldwide, about 85 percent of U.S.-based employees are vaccinated, based on self-reporting. This is according to an internal memo that went out to New York staff last month. The company has imposed a “re-acclimation period” in July and August, designed to “allow employees to get comfortable working in the office again,” according to the memo.

BlackRock has about 3,400 employees in New York City and about 7,700 in the U.S., according to a spokesman.

Employees were required to report their vaccination status by June 30. The policy was based largely on a survey of staff, in which feedback from employees was sought. The company also sought Centers for Disease Control and Prevention guidance.

Those BlackRock workers attesting to being fully vaccinated are being permitted to return to their desks during the re-acclimation period in July and August. Like at Morgan Stanley, mask and social distancing rules are being lifted. The company is fine with staff continuing to work from home during this period, according to the memo.

The company is also trying to be understanding and sensitive to folks with a problem with the vaccine, whatever the reason.

“We recognize that vaccination is a deeply personal decision that in some cases may be driven by pre-existing medical conditions, religious beliefs, or other factors,” the BlackRock memo reads. “We are evaluating options to accommodate employees who are not vaccinated. If you have any questions about your specific status, you can reach out to HR.”

Per New York’s COVID-19 vaccination tracker, which the state Health Department updates daily, on July 11, 73.1 percent of adult residents had received at least one vaccination. It was 76.3 percent in New Jersey and 70.3 percent in Connecticut as of July 8. Nationally, the figure was 67.6 percent as of July 11.

Take the idea that the vaccines are supposedly dangerous for pregnant women or those who might become pregnant.

The CDC reports that if you are pregnant, you are much more at risk from COVID-19 than you are from the vaccine. Early studies “did not identify any safety concerns for pregnant people who were vaccinated or for their babies,” the agency said in a June 29 memo posted on its website.

The University of Missouri Health Care system labeled widespread worries that the shot could cause infertility a “social media myth.” In an article posted to the system’s website, the system’s Dr. Laura Morris said she doesn’t even wait for her patients to bring it up. “There is no plausible reason — no medical or scientific mechanism — for this vaccine to interact with a woman’s reproductive organs.”