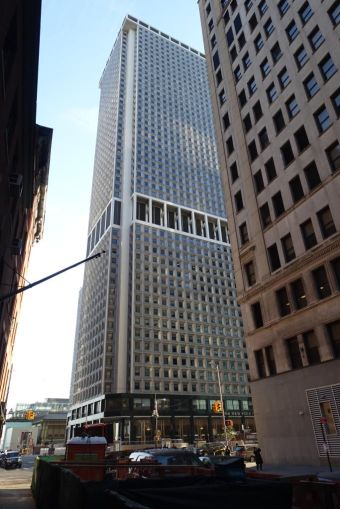 The city’s largest lease so far this year is actually a re-lease.

Law firm Fried, Frank, Harris, Shriver & Jacobson renewed its 400,000 square feet of space at Brookfield Properties’ One New York Plaza, the largest lease in Lower Manhattan since the start of the pandemic, the New York Post first reported. A spokesperson for Brookfield did not provide the asking rent.

Fried Frank has had offices in the Financial District since 1979, with no plans of relocating anytime soon. The renewed lease will keep the legal firm situated at the 50-story, One New York Plaza for at least 10 more years, according to Brookfield.

“We are thrilled to remain at One New York Plaza,” David Greenwald, chairman of Fried Frank, said in a statement. “This is the beginning of another exciting chapter for us as we look forward to contributing to the city’s ongoing revitalization post-pandemic, our firm’s continued growth and working with our clients on their most complex matters.”

CBRE’s Stephen Siegel, Craig Reicher, Tim Dempsey, Ramneek Rikhy and Ariel Ball brokered the deal for Fried Frank. Jeremiah Larkin, Mikael Nahmias and Hayley Shoener handled it in-house for Brookfield. A spokesperson from CBRE did not immediately respond to a request for comment.