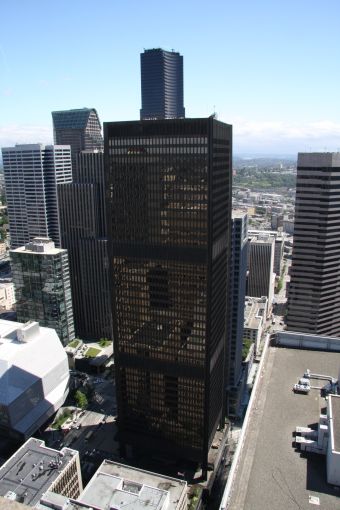 Boston Properties (BXP) is acquiring Safeco Plaza in a $465 million gross purchase as part of a strategy to establish a footprint in the Seattle market.

The Boston-based, real estate investment trust (REIT) announced Wednesday its acquisition of the 800,000 square-foot office building, as part of a joint venture with a participant in a recently announced co-investment program with CPP Investments (formerly known as the Canada Pension Plan Investment Board) and Singapore’s sovereign wealth fund GIC, where it would own up to a 51 percent interest. The deal is expected to close in the third quarter.

“Seattle has experienced high levels of population and rapid growth, given its expanding technology and life science employment base, and is much more affordable than other major technology markets, given no state of Washington income taxes, and lower real estate costs for both office space and housing rents,” Owen Thomas, CEO of BXP, said on the REIT’s second-quarter earnings call Wednesday morning. “The broader Puget Sound market has the scale and growth potential to afford us opportunities to both acquire and develop in multiple districts of Seattle Bellevue and other East Side markets.”

Located at 1001 Fourth Avenue, the 1960s-built Safeco Plaza is situated on a full city block in Seattle’s central business district. It is 90 percent leased with an average term of 17 years among the largest tenants, which includes Liberty Mutual Group, Bank of America, and law firm Fox Rothschild.

Thomas said BXP plans to renovate the building’s lobby and amenities. Liberty Mutual, which acquired Safeco Insurance in 2008, is the building’s anchor tenant leasing 68 percent of the 50-story tower.

Kelley Lovshin, BXP’s director of business development, relocated to Seattle in February 2020 and has aggressively targeted acquisition opportunities over the past nine months, according to Thomas.

“We have an attractive pipeline of additional investment opportunities currently under review and we’ll build out a full-service, real estate execution team over time,” Thomas said.

BXP on Wednesday also announced plans to buy the leasehold interest on Enterprise Asset Management’s 360 Park Avenue South for $300 million, which Commercial Observer first reported in late May. Thomas said the 450,000-square-foot, Midtown Manhattan office asset — which will be vacated by business information company RELX at the end of the year — provides “the opportunity to plan in advance and subsequently execute a complete refreshment of the building.”

Thomas added that one of BXO’s joint venture program partners would likely fund necessary capital improvements to the property, resulting in them owing up to 50 percent interest in the project over time.