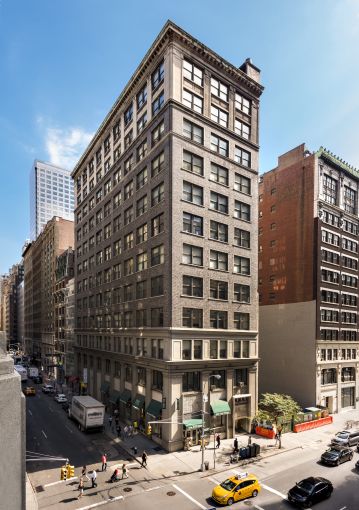 Columbia Property Trust (CXP) recorded a 93.5 percent occupancy rate for the second quarter as it prepares for possible shorter leasing terms at some of its office properties, according to the company’s second quarter earnings call late Thursday.

Nelson Mills, CEO of CXP, said that while he doesn’t expect many concessions for most of the real estate investment trust’s office assets, it may need to explore leases inside five years at older buildings, such as 149 Madison Avenue. The REIT is in the process of positioning the 104-year-old, 12-story structure for lease-up following last summer’s exit of coworking giant WeWork, and is eyeing to have it ready for occupancy by late this year.

“To do that we’re going to need to get paid for [shorter lease terms] in terms of face rate and we can’t give up as much in concessions,” Mills said. “But a lot of these tenants, as they try to figure out their comeback in post-COVID, they’re willing to pay those premiums to have that flexibility, so that is something we will see surface over the next few quarters.”

Paul Teti, CXP’s executive vice president of national real estate operations, stressed that less than 20 percent of prospective tenants across its three markets of New York, Washington, D.C., and San Francisco are eyeing these more flexible lease arrangements. He said, however, that this flexibility is a tool that can be helpful in terms of boosting activity and higher rents.

CXP is losing some key tenants this month, including Amazon Web Services, which is vacating its 90,000 square-foot space at University Circle in East Palo Alto. Law firm Mintz, Levin, Cohn, Ferris, Glovsky and Popeo is also leaving 54,000 square feet in 701 Pennsylvania Avenue in Washington, D.C. — which Columbia holds a 51 percent stake in — for office space in the Thurman Arnold Building.

The Manhattan-based REIT will also soon be taking back 174,000 square feet of office space at its 95 Columbus Avenue property in Jersey City, N.J., which is being vacated by financial services company Pershing.

Mills said property tour activity has been picking up of late and CXP is projecting to finish the year with its occupancy rate in the mid-90s. He said that while most companies prefer long-term leases, unknowns about how remote-working trends will play out mean that shorter terms at higher premiums should stay on the table in the near-term.

“All things held equal, tenants would like to have longer lease terms.” Mills said. “But, because of all this uncertainty that we’re dealing with right now, we think we will see a significant portion of our negotiations include at least a discussion about shorter lease terms.”

The firm isn’t having a bad quarter from a deal perspective, having closed a $1.25 billion construction financing — together with partner L&L Holding Company — for its Terminal Warehouse asset only last week, as first reported by CO.