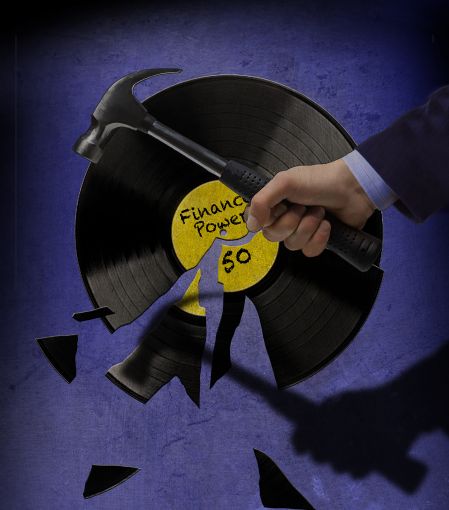 Well, nobody will ever say this wasn’t a news-heavy week.

The bombshell, of course, was the leaked opinion from the U.S. Supreme Court revealing that Justice Samuel Alito had apparently garnered five votes to overturn Roe v. Wade.

It was a decision that will upend five decades of established law, throw women’s health care and women’s rights into crisis, and probably scramble political calculations nationwide.

But one shouldn’t think that there won’t be real estate ramifications as well.

Companies have long kept the considerations and values of their employees in front of mind when it comes to deciding where to locate. One of the reasons New York still manages to secure premium tenants, despite dizzyingly high taxes, is because it’s the city where the talent pool wants to be.

Over the past few years, states like Florida have tried their darndest to compete by making the incentives better and better to lure blue-chip companies and their employees. But will a tax incentive be enough if Florida suddenly decides to outlaw reproductive freedom?

Cultural questions play a real and documentable role in tenant real estate decisions. North Carolina’s controversial House Bill 2, aka the bathroom bill, apparently removed Charlotte from contention when Costar was deciding where to locate its headquarters back in 2016.

The complicating factor is just how much office culture has changed in the last two years. Will remote work make company HQ and incorporation decisions less important to a talent pool if employees live in a state with reproductive rights? (Whether a company demands that employees work in the office and on a strict schedule is a major determinant in their personal happiness, with remote and hybrid workers reporting much greater levels of job satisfaction.)

Short answer: Who knows? But one shouldn’t expect this issue to die down any time soon.

For Commercial Observer the big news of the week was undoubtedly the fact that our Power Finance list dropped.

This is our annual ranking of the 50 most important figures and firms who finance commercial real estate, and for the first time a woman – Wells Fargo’s Kara McShane – occupied the top spot solo. With $84.8 billion in transactions, it wasn’t difficult to see how McShane reached the top of the pecking order.

But beyond No. 1, it’s worth a deep dive into all the names on the list. Given how shaky sectors of the real estate landscape feel, it is amazing to delve into the numbers achieved by the creme de la creme in the last 12 months.

“If it wasn’t a record year for you,” Starwood’s Jeff DiModica warned, “you should probably reconsider what you’re doing for a living, because the amount of transactions was off the charts.”

Finance brokers have been busy across almost all asset classes, but the two big winners were industrial and multifamily.

CO found that life insurers were putting out a lot of dollars for this growth spurt, and that most financiers have come away from the crisis of the last year with smarter ideas about how to lend in any environment. Plus, we unpacked one of the big industry deals of the last year: Greystone’s $500 million arrangement with Cushman & Wakefield to build out the latter’s debt platform.

All in all, it makes for a fascinating portrait of the world of finance in 2022. Although, it should be noted there was a little more chill in the air late last month at the St. Regis at CO’s Finance Forum, which included a number of Power Finance honorees. Panelists were a little more sober – maybe this had something to do with the fact that it was on the same day that government figures were released showing the U.S. economy shrank by 1.4 percent.

Yes, there might be backlash and ramifications to the pending Roe decision, but until we know more there’s little doubt that South Florida continues to draw a crowd.

The latest tenant is a particularly eye-catching one, as far as foodies are concerned: Jon Shook and Vinny Dotolo, who made their bones in Los Angeles in the last decade or so with crazy great restaurants like Petit Trois, Jon & Vinny’s and the great but (hopefully temporarily) departed Animal, have succumbed to Miami Beach’s charms: They’re opening another Jon & Vinny’s at Pharrell Williams and David Grutman’s Goodtime Hotel. (Hey, Jon and Vinny: You know that New York is still bigger than Miami, right?)

And they’re not alone: The spa milk + honey, the fitness studio F45, the eyeglass purveyor Vintage Frames and apparel retailers Vilebrequin and Vault are all coming to the Goodtime, too. Oh, and so is Binske, the marijuana retailer — which should get any customers in a good state to feast at Jon & Vinny’s.

It’s remarkable; retail is one of those fraught topics that a lot of industry graybeards worry and postulate about (including at CO’s retail forum late last month). And with good reason – on Wednesday it was revealed that the 3.5 million-square-foot American Dream mall lost another $60 million last year. (Bad, but chump change in comparison to its current obligations.) However, as the rest of the country tries to dispose of retail, South Florida keeps throwing more money at the problem. Electra America dropped more than $100 million last week on the Southland Mall, which has been in foreclosure for more than a year. They’re planning to modernize and reposition the property.

And last week Miami Beach city commissioners advanced a plan to convert parking lots near Lincoln Road into a 200,000-plus-square-foot pair of mixed-use office towers, which will be developed by Starwood Property Group and Peebles Corp.

Finally, while it’s not in Miami, a joint venture between Leste Group, The Bascom Group and East Hill Capital Partners secured the acquisition financing for Chatham Square, a 448-unit multifamily development near Disney World, thanks to a debt package from KKR.

Remember what we said a few paragraphs ago about the importance of ecommerce? Amazon keeps proving this case!

Despite recent poor earnings and a steep sell-off in Amazon stock last week, the giant announced some monster office leases in Southern California, taking roughly 439,000 square feet of space, which will also mean the creation of 2,500 tech and corporate jobs. (Guess they’re feeling flush knowing that some of their workers are shying away from unionization.)

Indeed, in the heart of Southern California’s Inland Empire investors are certainly seeing the value around all that precious industrial property. For example, Texas-based MAG Capital Partners just plunked down $23.9 million for Charlmont Village, a 55-unit townhome community, which works out to about $434,545 per unit — more than twice the median price per unit in the area.

And the great jeweler, Tiffany & Co., is apparently cutting more than diamonds — it’s shedding some of its office space at L&L’s 200 Fifth Avenue, but still renewed for 10 years at the building.

But the big daddy of the week was HSBC’s 265,000-square-foot lease at the Bjarke Ingles-designed The Spiral in Hudson Yards.

Something to think about

Of course, seeing activity like the HSBC lease would make any New York developer breathe a happy sigh of relief. But the fact remains that most tenants are not HSBC, and most buildings are not The Spiral.

There still remains a ton of supply. At CO’s State of CRE event last week, Michael Cohen of Colliers (not the other Michael Cohen) gave audience members some tough talk: The vacancy rate for office has nearly doubled since the pandemic hit. “We’re not going to lease our way out of this,” Cohen told the audience.

Could all that surplus space be … used for child care?

It’s certainly something to think about. (Spoiler alert: There is at least one major problem.) But one can ponder this solution after one calls one’s mother.